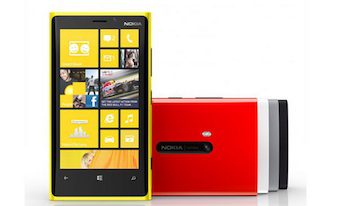 Nokia is completing the last of the belt-tightening measures it hinted at during a June 2012 strategy announcement. In addition to transferring “certain activities” and up to 820 employees, Nokia officials announced Jan. 17 that the company will let go of up to 300 employees in its global IT organization.

The majority of the employees affected by the plans are based in Finland, where Nokia has its headquarters, and officials said that employees affected by the “reductions” will receive both financial support and a “comprehensive Bridge program.” The employees being transferred will go to HCL Technologies, an IT and engineering services company, and to TATA Consulting, a global IT services and consulting organization.

“Nokia believes these changes will increase operational efficiency and reduce operating costs, creating an IT organization appropriate for Nokia’s current size and scope,” the company said in a statement.

Nokia, once the longtime mobile phone market leader, is in a fight for its life, as the Apple iPhone, low-cost feature phones and Samsung’s Android-running Galaxy devices, among other devices, eat away at its once-untouchable market share. Since switching its allegiance from the Symbian platform to Microsoft’s Windows Phone OS, Nokia has been hustling to grow worldwide interest in its newest Asha and Lumia devices, while trimming costs wherever it can.

During the fourth quarter of 2012, Nokia’s hustle may have begun to show results.

“We are pleased that Q4 2012 was a solid quarter where we exceeded expectations and delivered underlying profitability,” Nokia CEO Stephen Elop said in a statement. “We focused on our priorities, and as a result, we sold a total of 14 million Asha smartphones and Lumia smartphones while managing our costs efficiently.”

In June 2012, Nokia officials announced that in order to deliver “great mobile products that sense the world,” they planned to invest in products and experiences that would make the Lumia smartphones stand out, invest in location-based services and extend the company’s location-based platform, and improve the competitiveness and profitability of its feature phone business.

In support of these goals, Nokia officials added that the company planned to make changes to its management team, as well as reduce its head count and factory footprint.

“We intend to pursue an even more focused effort on Lumia and continued innovation around our feature phones while placing increased emphasis on our location-based services,” Elop said in a June 14, 2012, statement. “However, we must reshape our operating model and ensure that we create a structure that can support our competitive ambitions.”

Nokia has let go of about 20,000 employees worldwide, and in December sold its Finland-based headquarters for $222 million and leased back the facility—a strategy with which chip maker Advanced Micro Devices has also tried and had success.