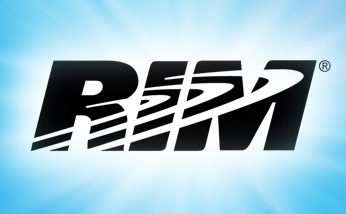 If there is one thing that investors hate more than nearly anything else it is a surprise. In fact, investors, and their joined-at-the-hip financial analysts apparently hate surprises even more than taxes, the Fiscal Cliff or boardroom fraud.

So when RIM CEO Thorsten Heins told investors on a conference call that RIM planned to change the way it charges for its data services, they freaked out. The reason they freaked out is that the BlackBerry maker didn’t tell anyone that this news was coming.

RIM earns a significant share of its revenue by charging carriers for the use of its network to support BlackBerry devices. Changing this could mean that RIMs revenues could drop, which is a possibility that Heins mentioned in his conference call. The reason investors were surprised by this is because they haven’t been paying attention to what RIM has been doing for the last couple of years.

Of course the big news for RIM is that revenue was up, losses were less than analysts predicted and the company has more cash on hand than it has had in years. This sounds like good news, although the BlackBerry subscriber base is off a little according to the financial report. On top of this, BlackBerry 10 is apparently still on track for a January launch with devices showing up, reportedly in March.

Meanwhile, Heins has said repeatedly that RIM is going to be offering a new bunch of services including cross-platform support so that you can manage more than just BlackBerry devices with BlackBerry Enterprise Server. Heins has also said that the company plans to offer new services beyond what is being offered now, notably advanced security services.

Heins’ message about 16 minutes into the conference call was that RIM would be charging different amounts of money for these new services. He called it “Tiered Pricing.” Heins also said that people who don’t use the new services won’t be paying for them. He noted that there will be a transition period in which the new services aren’t fully rolled out, and during that time, RIM probably won’t get paid for the new services that aren’t actually available.

So what’s the surprise in all this? True, Heins didn’t come out in advance and spell out the new services and say specifically what the pricing would be, but he’s been very clear that the new services were coming. Did the investors expect RIM to keep charging the same way for services it doesn’t currently offer?

For reasons that remain unclear, the financial press and its associated analysts never noticed when RIM announced the new services, even though those announcements started early in 2012, and were in full swing by the time RIM held its big BlackBerry World confab last Spring. Apparently they were so wowed by the brief look at the early version of the BlackBerry 10 beta device to pay attention to anything else. The rest of the media did notice and did cover these new services, but we don’t matter to the financial press.

So I’ll try to spell this out for all the stunned investors. What RIM is doing is positioning itself for a multi-platform future. Heins is a smart guy and he knows that nobody is going to standardize on a single mobile platform in this day and age.

For the enterprise to exist in a world of Bring Your Own Device and consumer grade wireless devices, it needs enterprise-class management and security. RIM is in a position to provide that, and it has started selling its Mobile Fusion device management suite that gives enterprises much the same capabilities that BlackBerry Enterprise Server gave to BlackBerry devices.

The role this broader management platform plays has been made clear by RIM for months. It’s part of the tiered pricing that Heins was pointing to in his remarks. It’s also something that no other company really offers. In the long run, RIM stands to increase its revenue because of this.

I suspect that much of the problem that RIM is experiencing with this drop in its stock price has more to do with timing than anything else. Basically, everyone is distracted by the holidays, Congress and maybe even the Mayan Apocalypse. This means that RIM’s stock will bounce back in a few days as the lemming-like behavior of investors and analysts swings back in the other direction.

Meanwhile, it would help if RIM was a little more forthcoming as to its tiered pricing and it would help even more if it was more forthcoming about BlackBerry 10. Skittish investors have a right to be worried when RIM is betting so heavily on this one line of devices. If BlackBerry 10 doesn’t sell like hotcakes and if the new services don’t take off quickly, RIM could have a serious problem.

Clearly Heins knows exactly what RIMs problems are and he’s trying to avoid them. He’s delaying the release of BlackBerry 10 until the device is perfect and until RIM has stocked its app store with enough apps to be worth considering. Heins doesn’t want to make the same mistakes that his predecessors made with the PlayBook, but he also has to avoid being too cautious.

We don’t know yet just how well RIM will do, but the odds look good with that huge cash supply and rising revenues. My biggest regret is that I’m not allowed to buy stock in RIM.