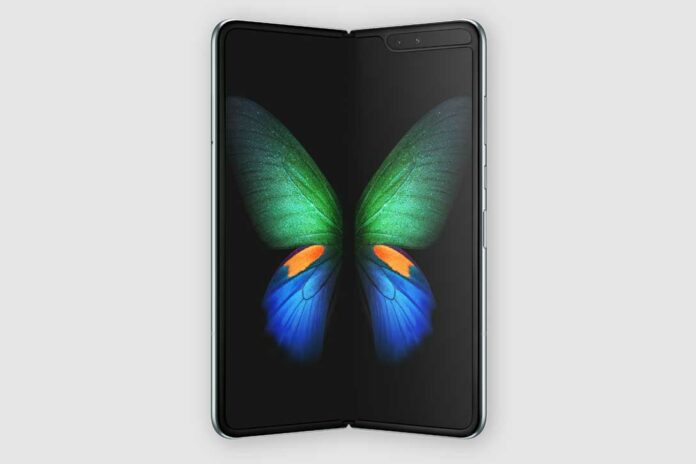 As Samsung unveiled its new Galaxy S10 four-smartphone lineup at its Galaxy Unpacked 2019 event in San Francisco on Feb. 20, it wasn’t a Galaxy S10 smartphone that was used to open the gala.

Instead, Samsung first wowed the crowd with its long-rumored folding smartphone, the Galaxy Fold, which has a bright display that unfolds to 7.3 inches and offers a wide range of new possibilities for a phone that also can be used as a small tablet.

The Fold is definitely innovative, with a 4.6-inch HD+ Super AMOLED display (21:9 aspect ratio) on its front and a large interior display that unfolds into a 7.3-inch QXGA+ Dynamic AMOLED screen (4.2:3 aspect ratio).

For users, the Fold will likely be all about that big screen. But priced starting at $1,980—or twice the price of a typical flagship handset—the Galaxy Fold will not be a smartphone for everybody, say a sampling of IT analysts who spoke with eWEEK about the new device.

“The Galaxy Fold will appeal to big-spending status seekers—and to a niche of people willing to pay extra for the flexibility of a folding large screen in their pocket,” said Frank Gillett of Forrester Research. “Samsung will get to master the technology and use cases at customer scale, but until the price comes down way down, this won’t be mass market for consumers or for business users.”

Another analyst, Tuong Nguyen of Gartner, said that with a nearly $2,000 price tag, the company likely does not expect the flagship Fold to drive sales volumes in the U.S. market.

“But the flagships aren’t necessarily meant for that—they’re aspirational devices, which this one is definitely,” he said. “Samsung certainly did a good job showing us the potential uses for a foldable device as well as some of the complexities that go into creating such a device and experience without compromising the integrity of either displays.”

Avi Greengart, principal analyst with Techsponential, said he saw Samsung’s strategy of opening its Unpacked event with the Fold as a smart move.

“And when the audience collectively gasped at the price, Samsung introduced its far more mainstream Galaxy S10s that now seem downright inexpensive by comparison,” said Greengart. “The Fold is a statement piece: Samsung’s attempt to create a new market segment that acts as a halo for its other products today and that could generate real volume somewhere down the road.”

With that goal in mind, Samsung definitely succeeded, said Greengart. “It looked attractive on stage, and I can’t wait to test one and see if the user experience lives up to the hype. Samsung faces many challenges with this design—and its price point—but I’m not ready to dismiss it out of hand. As computing increasingly goes mobile, there is always-increasing demand for more screen real estate.”

Dan Olds, principal analyst with Gabriel Consulting Group, said the folding feature could make the Fold the “have to have it” phone for the technology elite. “Even though it’s very pricey at nearly $2,000, it’s a ‘tweener’ device that crosses the bridge between a smartphone and tablet.”

What It Brings to Business People

In addition, though many buyers will desire the Fold to watch movies, YouTube videos and other streamed content, there’s a business side to the Fold’s folding screen, said Olds. “It gives business people the ability to view documents, spreadsheets and PowerPoint presentations in a much more convenient manner.”

All of this will depend on how the Fold delivers in the hands of users and reviewers, he said. “If the Fold works as advertised, it’s going to sell like hotcakes and could signal a sea change for the industry,” he said. “It will and also put significant pressure on Apple to come up with their own innovative phone/tablet combination.”

“More display area allows user to do more with the phone,” he said. “Remember when smartphone displays were 4 inches? Now think about the 6-inch displays and how much more users do with their phones like emails, surfing the web, watching videos and playing games. The experience is just better with a larger display.”

Ultimately, the technology of the Fold’s folding display puts Samsung back into the spotlight as a technology leader, said Gartner’s Nguyen.

“They’ve put some thought behind it” and given users a range of examples for how they can take advantage of the larger display, from work uses to entertainment possibilities, said Nguyen. “Such a unique device is well-positioned as a flagship for their extensive portfolio.”

The new device is also likely to get imitators in the future, he said.

“Samsung introducing a foldable could have a potential ripple effect across the smartphone industry with others, especially Chinese vendors, introducing their own foldable, but without a compelling value proposition to make me want to give up my current device without much thought,” said Nguyen. “I feel this is a tech move used to advance and bridge us into the next great tech advancement, whatever that may be.”

Not everyone is lauding the new Samsung phone, however.

Rob Enderle, principal analyst with Enderle Group, isn’t so sure the Fold’s innovations will be able to overcome its pricing problem.

“Right now, the technology is driving prices to points that people just can’t afford,” said Enderle. “These are CEO phones and while some will chase them because they are exclusive, most just can’t afford these extreme price points. In addition, it will take a while to work out the unique problems with a morphing phone, suggesting that early adopters will experience an unusual amount of pain. High prices and high pain typically don’t equal high sales.”

DJ Koh, president and CEO of the IT and mobile communications division of Samsung Electronics, told attendees at the Galaxy Unpacked event that the new folding smartphone marks the company’s latest technology breakthrough.

“Today, Samsung is writing the next chapter in mobile innovation history by changing what’s possible in a smartphone,” said Koh. “Galaxy Fold introduces a completely new category that unlocks new capabilities never seen before with our Infinity Flex Display. We created Galaxy Fold for those that want to experience what a premium foldable device can do, beyond the limitations of a traditional smartphone.”

The Galaxy Fold phone will be available in the United States through AT&T and T-Mobile starting in the second quarter of 2019.