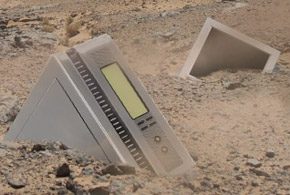 The next version of Samsung’s popular Galaxy S smartphone will be equipped with the company’s own processor, instead of a version built by Qualcomm after overheating issues arose during tests with its chips.

The dramatic change of processors was unveiled in a Jan. 21 report by Bloomberg, based on anonymous sources who have knowledge of the testing and problems.

“Samsung, the world’s largest smartphone maker, tested a new version of Qualcomm’s Snapdragon chip, known as the 810, and decided not to use it, the people said, asking not to be identified because the issue hasn’t been discussed publicly,” reported Bloomberg. “The decision is a blow to Qualcomm, the world’s largest maker of semiconductors used in phones, which has been supplying Samsung with chips that run the company’s best-selling handsets.”

Instead of using the Qualcomm chip, the next Galaxy S phone will be running Samsung’s own chip, which is a big change for both parties.

Song Myung Sup, an analyst with HI Investment & Securities Co. in Seoul, told Bloomberg, “Samsung may release the next Galaxy S as early as March, and it can’t dare to take the risk to use any of the chips in question for its most important model.”

In November 2014, Qualcomm announced the availability of its newest 64-bit ARM-based Snapdragon 810 Ultra HD processors to developers for testing and analysis before they would be put into new devices, according to an eWEEK report at the time. Qualcomm, the top chip maker for mobile devices, began rolling out early development platforms for the system-on-a-chip (SoC) in the forms of a 6.2-inch smartphone and a 10.1-inch tablet.

Hardware and software makers were then able to leverage the devices to help them develop, test and optimize their device designs and Android applications before putting their commercial products on store shelves.

The move comes as mobile chip makers are moving to take advantage of ARM’s 64-bit ARMv8-A architecture for their smartphones and tablets. Apple last year jumped ahead of everyone when it unveiled the 64-bit A7 chip—based on ARM’s new architecture—in the new (at the time) iPhone 5S smartphone. Samsung reportedly also is putting the 64-bit architecture into its Exynos 5433/Exynos 7 Octa.

The development smartphone and tablet are based on the eight-core Snapdragon 810, Qualcomm’s Adreno 430 graphics technology and the company’s latest Hexagon digital signal processor (DSP). The Snapdragon 810 leverages ARM’s big.Little architecture, which uses a combination of high-performance and low-power cores—in this case four 64-bit Cortex-A57 cores and four more Cortex-A53 cores—that can offer users performance or power efficiency, depending on the workload.

The tablet comes with much the same features, including the 13-megapixel rear camera and another 4-megapixel camera in the front—in a 10.1-inch device.

In November 2014, Qualcomm also said it will be getting into the increasingly competitive ARM server SoC space. Qualcomm’s entrance into the ARM-based server chips will prove to be a threat to smaller vendors like Applied Micro, Cavium and Marvell Technologies, and will pit the company against other large chip makers, such as Advanced Micro Devices and Broadcom. It also will create a big, well-financed competitor for Intel, which is by far the dominant player in the server chip business, with more than 90 percent of the market.