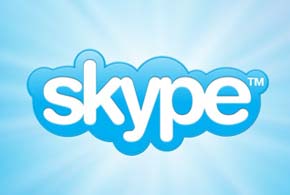 As promised earlier this year by Microsoft Vice President Gurdeep Pall, the Skype group video calling feature is finally arriving on the iPhone, iPad and Android versions of the app.

“Today, we’ve started rolling out group video calling on iPhone, iPad and Android phones and tablets in Western Europe and North America and we expect to have completed our roll-out to these markets over the next week or so,” announced the Skype team in a Feb. 18 blog post. “We plan to be fully available worldwide in March.”

The participant count has been increased from five to 25, and the company is invested in providing a cloud-aided, high-fidelity video calling experience for users, they added. In addition to high-definition visuals, group video calls feature audio powered by a codec used Microsoft’s cloud conferencing stack called SILK Super Wide Band.

The world’s largest chipmaker also lent a hand. Microsoft’s staffers said they worked with “with one of Microsoft’s biggest partners, Intel, which helped enable us to optimize SILK Audio specifically for Azure running on Intel processors.”

Smartphone and tablet users can select from two views, Grid and Focus, the latter of which was developed with large group calls in mind. “You can flip between a highly immersive grid view that makes you feel like you’re in the same room, or you can switch to focus view where Skype automatically focuses on the active speaker, or lets you choose which participant to ‘Pin’ to the stage,” wrote the Skype team.

In addition, Microsoft expanded the Web-based invite option that allows non-users to join in on Skype conversations to the iPhone, iPad and Android versions of the app.

“The best thing is that they don’t need to be in your Skype contact list—or even have a Skype account,” boasted Microsoft. “All you need to do is start a chat on your iPhone, iPad or Android and share the unique conversation link however you want—via email, WhatsApp, Messenger, Twitter or Facebook. If they have Skype, they’ll join your conversation by clicking on the link and if they don’t, they can join the group video call on a computer using Skype for Web.”

The group calling rollout follows the Feb. 16 release of Skype 6.10 for iPhone and iPad with new Office integrations and the ability to save and share Skype video messages to a device’s camera roll.

“If you receive an Office document in Skype, just tap the file to download it, ready for you to open in free Word, Excel or PowerPoint for iPhone or iPad—one click, simple,” wrote Microsoft’s bloggers in a separate post. “Best of all, because it’s all happening in Skype, you can respond by IM or by tapping the call button to start a one-to-one or group voice or video call instantly, so you can keep projects and plans moving, wherever you are.”