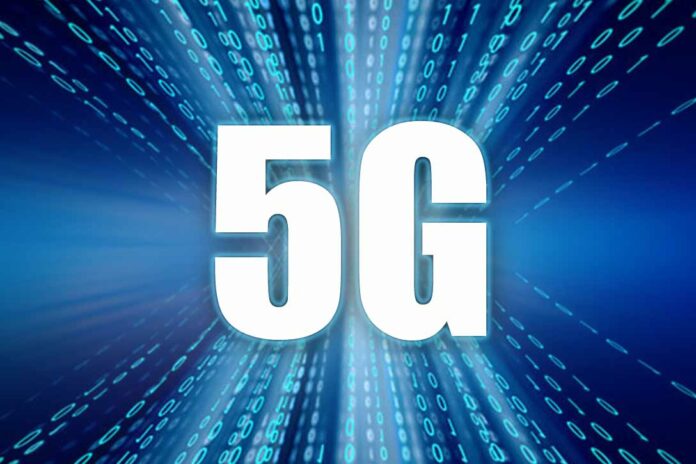 This along with its first standards-based 5G NR bi-directional transmission in June, has shown that T-Mobile along with partner Nokia, have the technical ability to build a 5G network.

Qualcomm introduced 5G NR as a protocol standard and that is likely to become the standard for 5G globally. The June test demonstrated two-way data communications that meets the 3GPP standard (3rd Generation Partnership Project) running on Nokia wireless networking equipment in the 28 GHz band, which is part of the millimeter wave spectrum that will be used for high-capacity 5G.

The Jul 27 test used frequencies normally assigned to 4G LTE as well as frequencies in T-Mobile’s millimeter wave bands. T-Mobile has been fielding 4G equipment that can easily be upgraded to 5G when that’s ready to go. Simultaneous operation of non-standalone 5G NR with 4G LTE indicates that the test may have taken place using similar equipment.

The test is important for two reasons. First, 5G will work in conjunction with 4G LTE for many if not most communications, even when 5G devices are available. This is because 4G LTE will be used when bandwidth needs don’t require 5G. In addition, the 4G LTE networks will still be used because the vast majority of devices initially will be for 4G.

T-Mobile is also planning to field 5G communications in its newly-acquired 600 MHz spectrum. The lower frequency will provide much longer range than the millimeter wave spectrum, which is critical in T-Mobile’s plans to deliver nationwide coverage, especially in rural areas.

To this end, T-Mobile and Nokia also announced July 30 that the two companies have signed a $3.5 Billion agreement for Nokia to help build T-Mobile’s 600 MHz and 28 GHz nationwide 5G network. While T-Mobile plans to use its existing cell sites for 5G, it will need to build many more and it will need to build out the rest of the 5G infrastructure required to support it.

“We are all in on 5G,” said Neville Ray in a prepared statement. “Every dollar we spend is a 5G dollar, and our agreement with Nokia underscores the kind of investment we’re making to bring customers a mobile, nationwide 5G network.”

Ray also said that if the Sprint merger is approved, T-Mobile will be able to do much more in terms of 5G deployment. This is because Sprint has vast amounts of what’s called mid-band spectrum that T-Mobile doesn’t have. This spectrum is centered around 2 GHz, and it provides better bandwidth than 600 MHz and better range than millimeter waves.

The test did not use the type of equipment that T-Mobile is installing in its cell towers to enable the add-in of 5G capabilities. Currently T-Mobile is planning to use the experience it gained in its rapid change over to LTE as a way to allow it to roll out 5G nationwide. The company illustrated this capability when it announced earlier in July that it had rolled out narrow band IoT communications with nothing more than a software upgrade.

According to a T-Mobile spokesperson, this 5G test used equipment of the sort that is planned for millimeter wave 5G, similar to the equipment the company used for its 5G test in June that used 28 GHz. The 4G LTE portion of the test operated on T-Mobile’s mid band frequencies at 1900 MHz and took place at the company’s Bellevue, Washington labs.

The spokesperson told eWEEK in an email that the test “consisted of successfully executing a dual-connected, 5G non-standalone network” data transmission with the device connected to and served by LTE and 5G simultaneously.

The ability to carry out data communications using both LTE and 5G is an important step in rolling out 5G. At this point, it appears that T-Mobile is making good headway towards 5G on its own, regardless of whether federal regulators approve the merger with Sprint.

This is critical for the company because it needs to make progress in 5G regardless of the outcome of the merger and it needs to be as far along with its 5G deployment as possible if the merger does happen.

While the merger will give T-Mobile the frequencies it needs for a full nationwide 5G deployment, it will also soak up time as T-Mobile’s engineers begin to cope with the task of combining Sprint’s CDMA network with T-Mobile’s GSM network. Fortunately, T-Mobile has been there before. When the company bought MetroPCS, that too was a CDMA network and T-Mobile made the conversion through device upgrades.

With Sprint, the problem is somewhat less than it was with MetroPCS, where a much larger portion of the devices were CDMA-only. Now, with the widespread use of smartphones, most of the devices are already technically capable of operating on the T-Mobile network with only a software change sent out to mobile phones or in some cases to the cell network.