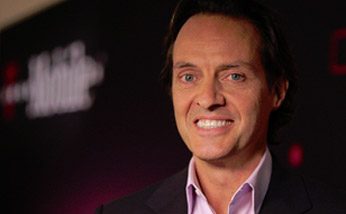 When executives from Deutsche Telekom, T-Mobile USA and MetroPCS announced on Oct. 3 that the U.S. arm of T-Mobile and MetroPCS would accomplish a complex merger in 2013, there was little if any of the usual gnashing of teeth by public interest groups worried about concentration of market power in the mobile carrier market.

Instead, the announcement was greeted with a surprisingly positive reception. No one, it seems thinks this is a bad idea. That is, no one except perhaps Sprint and AT&T.

The deal looks like this. T-Mobile will be spun off from Deutsche Telekom and will form a new company with MetroPCS that will be primarily owned by DT, which gets 78 percent of the new company. MetroPCS, which is a publicly traded company (NYSE PCS), will get 26 percent of the new company and will pay its stockholders a little more than $4 per share. The resulting company will have 42.5 million subscribers, meaning it will be somewhat smaller than Sprint, which has about 55 million subscribers.

When it’s all over the resulting company, which T-Mobile CEO John Legere told eWEEK will still be called T-Mobile, will then begin an aggressive expansion, opening a total of 70,000 retail outlets nationwide. Obviously, the goal is to become a significant challenger in the U.S. wireless market, which Legere confirmed.

But wait, as they say on TV, there’s more. Right now, MetroPCS is a small CDMA carrier that made an early move into LTE. T-Mobile is a GSM carrier that has completed its LTE backhaul capability, but that hasn’t built out LTE service yet. Right now, T-Mobile is in the midst of refarming its HSPA+ spectrum so that it conforms to global frequencies, meaning that T-Mobile will work properly with visitors to the United States and perhaps more important, iPhone users and others with unlocked GSM phones can use T-Mobile’s network.

That refarming is nearly complete in some areas of the U.S., and is moving ahead in the remainder of the country. T-Mobile is ready to start deploying LTE, but it’s unclear when that would actually start. It’s here where the merger with MetroPCS will really kick-start things. Just by closing on the merger, T-Mobile will be in the LTE business.

Legere was referring to the operation of parallel networks by Sprint, in which the company operated both its CDMA network and Nextel’s legacy iDEN network for years. This situation created confusion, which opened up an opportunity for Verizon Wireless to poach customers when that carrier developed a push-to-talk service. Sprint has since announced that the iDEN network would be shut down and the frequencies refarmed for LTE.

To avoid this, Legere told eWEEK that on the day the deal closes, MetroPCS customers would find a vast collection of new devices for sale in stores and online. These new devices would work on T-Mobile’s GSM network. Previously he’d said that the transition to GSM would be accomplished through normal turnover as people buy newer devices to replace their older ones. Legere said that this transition period should be substantially complete by the end of 2015. By then, he said that T-Mobile would offer significant incentives to customers to move to new devices and that following that time, the CDMA network would be shut down.

In the meantime, the new company, named T-Mobile US, Inc. (although this name could still change) will begin decommissioning redundant sites, and aggressively seeking out business users. When it’s all over, the new T-Mobile will have two operating units. One will be called T-Mobile, and the other MetroPCS. It’s unclear whether the differences in the names will denote prepaid vs. subscription devices; whether the name differences will reflect geography so that MetroPCS customers in Texas and some urban areas will keep a familiar name; or whether the two entities will be delineated in some other way.

For T-Mobile and MetroPCS customers the merger means more flexibility in terms of the type of contract or non-contract deals that are available to customers from both carriers. It also means that the new T-Mobile, with its greater subscriber base and LTE will have a better chance at being able to sell the hottest devices. The way things are currently, AT&T mostly has a lock on new GSM phones, which is why it has an exclusive right to sell the new Nokia 920 Windows Phone 8 when it arrives later in October.

In other words, this appears to be a win-win for everyone, although Sprint doesn’t necessarily see it that way. Sprint has announced that it may present a counter-offer for MetroPCS as a way to prevent the merger. And of course, there’s always the regulatory review by the Federal Communications Commission and the Department of Justice to contend with.

Right now, there’s no obvious opposition to the merger or the transfer of licenses, but that could happen. But for now, the plan looks like it has a reasonably good chance of actually happening, which should be good news for customers of both companies.