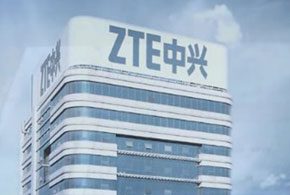 Crippling trade sanctions put into place by the U.S. Department of Commerce that prevented US companies from selling goods and services to Chinese electronics manufacturer ZTE will be reversed, according to a Tweet by President Donald J. Trump.

Trump said in subsequent messages on Twitter that he and Chinese President Xi Jinping had been discussing the sanctions and that this was part of a deal to work things out.

The sanctions that had been in place were effectively putting ZTE out of business. The company announced on May 9 that it had ceased operations, and that while it had sufficient funds to meet its obligations it could not continue in business because the cutoff of  U.S. parts and software prevented it from making phones and network devices.

Without these critical components, ZTE was forced to cease manufacturing operations in a couple of weeks. The company noted at the time the sanctions were announced that it was appealing the decision to the Commerce Department and the department had said that it would consider the information ZTE was submitting.

The Commerce Department imposed the sanctions for failing to discipline a several executives that had been involved with selling equipment to Iran in violation of existing trade bans. The Commerce Department found out about the problem because ZTE performed its own internal audit, discovered the omission and self-reported it to the U.S authorities. In other words, ZTE was doing what it was supposed to do and got punished for it.

The Commerce Department imposed the trade ban against ZTE even after the company reported that it had disciplined the executives as it originally said it would. The problem, according to statements by the Commerce Department, is that ZTE misled the department’s Bureau of Industry and Security by not disclosing the failure to punish those executives.

Of course the Commerce Department is quick to point out that ZTE has a record of trading countries under U.S. trade bans such as North Korea. Furthermore U.S. intelligence agencies have made a strong case that ZTE is making equipment that could threaten the national security of the United States.

Still, it seems extreme to put a major manufacturing company that buys U.S. products out of business because of what ZTE is claiming was a personnel management mistake. Clearly, some consequences are warranted, but the action by the Commerce Department is effectively a corporate death penalty for a transgression that’s seen by some as relatively minor.

But perhaps the threat of impending death had another purpose. Suppose the Trump administration simply needed a bargaining chip for its impending trade war with China. Multiple news reports and analysis suggest this is the case.

You’ll notice how quickly the administration was willing to announce that ZTE could be saved after all, provided that China drop tariffs on some U.S. goods and also help in negotiations with North Korea. Both of those favors are apparently happening so now China gets it quid pro quo for holding up its part of the deal.

But what’s not mentioned in the deal is the impact this chaos is having on the companies that depend on networking products made by ZTE. There are a number of carriers in the U.S., especially in small to mid-sized markets that depend on the low capital cost of network infrastructure equipment provided by ZTE and Huawei. With the on-again-off-again sanctions, their network equipment procurements have suddenly become unreliable and they say their costs have gone up.

With their supply chains in turmoil, IT departments at these carriers suddenly find themselves with the wrong training, the wrong support contracts and the wrong spare parts. They’ll have to change direction each time the Commerce Department changes its mind.

The risk to the industry is significant. If the US can simply impose a business death penalty on a company for a fairly minor infraction, what’s to keep another nation from doing the same thing to a U.S. company? Suppose, for example, China were to impose an export ban on Apple?

Using technology companies as pawns in some wider trade battle presents a risk to more than the stockholders of those companies. Whole segments of the business community depend on the hardware and software that these companies provide for their continued existence.

For example, the inability of an infrastructure company to ship its products can impact  companies that need the gear for their data centers as well as on their ability to reach their cloud providers. It also impacts the expansion plans of cloud providers, which must continually grow to meet customer demands.

A full-scale trade war would certainly throw the tech industry into chaos. But to even present the threat of such chaos simply to have a bargaining chip presents huge risks. It’s a risk that the industry, whether it’s manufacturers of equipment, cloud providers or end user companies shouldn’t have to take, especially one that rides on a whim and is expressed in a Tweet.