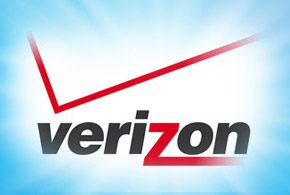 Verizon Communications brought in $31.59 billion in revenue in the third quarter of 2014, ending Sept. 30, up 4.3 percent from the $30.3 billion posted in the same quarter one year ago, while its wireless unit captured another 1.5 million customers who will add more revenue to the company’s bottom line.

Quarterly profit for Verizon came in at $3.7 billion, compared with $2.23 billion that was posted for the same quarter one year ago, according to figures released by Verizon in its third-quarter earnings report on Oct. 21. Revenue per share was 89 cents in the latest quarter, compared with 78 cents per share one year ago.

A key highlight for the company’s Verizon Wireless unit is the addition of 1.5 million customers with a churn rate of 1 percent, giving the company a total of 106.2 million service customers, according to the figures.

In addition, Verizon’s wired phone services revenue grew to $9.6 billion in the quarter, including consumer revenue of $3.9 billion, up 4.5 percent compared with the same quarter in 2013. FiOS revenue also increased by 13.4 percent in the quarter compared with one year ago, with the addition of 162,000 FiOS Internet and 114,000 FiOS Video customers, according to the figures.

“We have great confidence heading into the fourth quarter, as Verizon continues to deliver consistently strong operating and financial results,” Chairman and CEO Lowell McAdam said in a statement. “We see continued, healthy customer demand for wireless and broadband services, and we are encouraged by the growth we are starting to see in the areas of video delivery and machine-to-machine. Our cash generation remains strong, and last month we were pleased to announce board approval of a quarterly dividend increase for the eighth consecutive year.”

For the Verizon Wireless unit alone, revenue for Q3 totaled $21.8 billion, up 7 percent compared with the same quarter one year ago. Service revenue in the quarter totaled $18.4 billion, up 4.8 percent from 2013.

Verizon Wireless added 457,000 phones and 1.1 million tablets to its service customer numbers in Q3, the company stated, with smartphones accounting for 77 percent of the Verizon Wireless retail customer phone base, up from 75 percent at the end of the preceding quarter.

The numbers were an improvement over the second-quarter figures, when Verizon posted revenue of $31.5 billion, according to an earlier eWEEK report. Net profit had dropped in Q2 from $5.2 billion in 2013 to $4.3 billion this year, but some of that had to do with the $130 billion buyout of Vodafone’s 45 percent share in Verizon Wireless. The second-quarter numbers helped Verizon rebound from a somewhat mixed first quarter that saw wireless subscriber numbers come in lower than expected, due in large part to competition from the likes of T-Mobile and AT&T, and an increasing churn rate.

Verizon, the largest U.S. phone carrier, continues to be at war with its main rivals—AT&T, Sprint and T-Mobile—in the continuing pursuit of new customers. This fall the stakes were raised by all four companies as they created new phone and tablet plans aimed at pouching customers from each other.

Earlier in October, Verizon announced that it will not throttle back data speeds on its 4G Long Term Evolution (LTE) network for customers who are its biggest data-consuming users, reversing an earlier decision that the company had unveiled. The move had been planned to start this month. Throttling proposals by cellular phone companies and others, including cable providers, have certainly come up in the past, including in 2012 when AT&T was under the throttling magnifying glass.