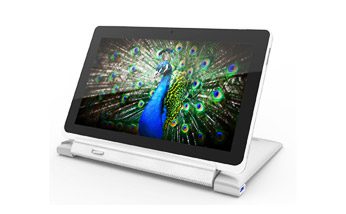 The expression “May you live in interesting times,” can be a Chinese proverb or a Chinese curse, depending on your perspective, and the launch of Windows 8 and its potential impact in the world of Android and iOS is expected to bring interesting times to enterprises in 2013.

“We’re looking at a year of tremendous confusion and experimentation in 2013, but also a year of tremendous opportunity,” said Leslie Fiering, a research vice president at Gartner, who sought, in a Web cast Oct. 11, to guide IT administrators through the turbulent waters ahead in the IT market. Fiering expects competing devices based on Google’s Android and Apple’s iOS operating systems to remain strong even as Windows 8 hits the market.

Windows 8 goes on sale Oct. 26, as do devices running the OS from such OEMs as Acer, Dell, Lenovo and others. At the same time, Microsoft will launch its own Windows 8 device, Surface.

They enter a market in which Apple’s iPhone and iPad, along with various devices running Android, are the market leaders. Enterprises, even if they are predominantly Windows shops now, face compatibility issues with existing Windows 7 systems and the new Windows 8 while simultaneously trying to accommodate Android and iOS, Fiering said.

As new and shiny as the heavily marketed Windows 8 devices might be, buyers, meaning employees bringing their own devices to work, will have to decide if they are worth their initially hefty prices in the upper hundreds of dollars to more than $1,000, compared to Android tablets under $200 that may be “good enough,” she said.

What’s confusing, for starters, is the different capabilities of laptops and various tablets combined with the market influence of Ultrabooks that may combine the benefits of both form factors. During her Web cast, Fiering displayed what she described as a “spider chart” that laid out all the desirable attributes of desktop and mobile devices and how various devices did or did not meet them. The desirable attributes included connectivity, portability, “pocketability,” content creation, content consumption and usability.

They’re all desirable attributes, but they can’t all be included in one product. It’s like a shopper looking for a suitcase that holds all of their clothes for a weeklong trip, but fits in the overhead bin.

As the market shakes out, Fiering said, people will have to determine whether their new gadget is a notebook replacement, a notebook companion or a companion to their enterprise-supported desktop computer.

Windows 8 is coming out in two variations, Windows RT for devices running ARM-based processors and Windows Pro 8 for devices running x86-based processors. The first influx of devices released as of Oct. 26 will be tablets or convertible notebook/tablets running Windows RT, which does not as easily interoperate with legacy Windows apps in the enterprise as will Windows Pro 8. Users can expect to encounter formatting glitches when viewing a document created in Windows XP or 7 on a Windows RT tablet, she said.

“That may not matter for a draft or for internal communications, but if you’ve got regulatory documents, legal documents or customer-facing documents it can get to be very important,” Fiering said. One plus, however, is that Windows RT supports the same document management and security controls that Windows-based enterprises want as they accommodate the new OS.

But the new Windows RT devices unveiled so far tend to be a little pricey. The Lenovo lineup introduced Oct. 9 includes the top-of-the-line IdeaTab Lynx with a starting price of $1,100. Dell introduced an XPS 12 convertible priced at $1,200 and Acer offers a series of models ranging in price from $800 to $1,000.

IDC analyst Bob O’Donnell warned that those devices may be overpriced.

“Look at the history of tablet products priced above the iPad. Not pretty,” O’Donnell told Cnet.

Likewise, new Windows 8 tablets and convertibles will also be compared to Ultrabooks, lightweight computers based on Intel processors that combine some of the best features of tablets and notebooks, said Fiering. Tablets are prized for being lightweight and portable but their 10-inch screens may not have as much “real estate” for images as a 12-inch notebook. But a 12-inch tablet isn’t as portable as a 10-inch. Enter the ultrabook, which is lightweight and offers a 12-inch screen. The design model for the Ultrabook is the Apple MacBook Air, she said.

All this means more choices and confusion for buyers and IT managers.

“The competition is going to make your job a little more difficult over the next year until we start to see winners emerge,” Fiering said to IT managers.