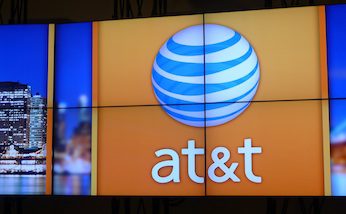 AT&T is continuing to see its financial numbers bolstered by smartphones and tablets, as well as growth in the number of high-speed Internet subscribers in its U-verse program and wireless plans.

Such growth helped AT&T grow its net income in the first quarter by 3.2 percent, to $3.7 billion compared with the same period last year, even while revenues dropped 1.5 percent, to $31.4 billion.

In a conference call with analysts and journalists April 23, CFO John Stephens called the first numbers a “solid start to the new year.” While the uncertainty surrounding the global and U.S. economy made it difficult to forecast the rest of the year, Stephens said, the carrier was well positioned to take advantage of such trends as high-speed connectivity, mobility, the consumerization of IT and cloud computing, particularly once the economy gets back on more solid footing.

The increasing demand for wireless connectivity helped AT&T drive solid numbers for the quarter, offsetting a decline in its landline business. The carrier sold a first-quarter record 6 million smartphones, including 4.8 million Apple iPhones. AT&T is continuing to diversify the lineup of smartphones it sells, offering a range of devices running Google’s Android operating system as well as BlackBerry smartphones.

Also helping drive the growth in postpaid subscribers—AT&T added 296,000 in the quarter—were tablets, specifically Apple’s iPad. In all, the carrier added 365,000 postpaid tablet subscribers, and the overall increase in connected-device users was 431,000. And those connected-device users paid to use AT&T’s network to reach the Internet: Wireless data revenues increased 21 percent in the quarter, to $5.1 billion.

By comparison, AT&T’s top rival, Verizon Wireless, announced April 18 that it had sold 4 million iPhones in the first quarter. It also added 720,000 new subscribers, 677,000 of which were postpaid.

AT&T did see weakness in parts of the wireless business. The carrier lost 184,000 prepaid subscribers, and resellers saw a net loss of 252,000. In addition, the company lost a net of 69,000 cellphone users.

Stephens said AT&T is continuing to see a migration of postpaid subscribers moving to usage-based data plans, such as Mobile Share. About 33.5 million—or about 70 percent—of postpaid subscribers using mobile phones are on such plans, a jump from 61 percent last year and 38 percent in 2011, according to AT&T.

The carrier saw wireline revenues fall 1.8 percent, to $14.7 billion, with consumers helping offset some of the losses of business customers, officials said. However, revenues for the company’s U-verse high-speed broadband program jumped 31.5 percent over the first quarter in 2012 and 5 percent over last quarter. The number of U-verse subscribers—which included both TV and high-speed Internet users—hit 8.7 million in the quarter, with U-verse TV adding 232,000 subscribers to reach 4.8 million and the number of high-speed Internet users growing by 731,000, to 8.4 million.

U-verse subscribers account for more than half of all AT&T wireline users, the carrier said.