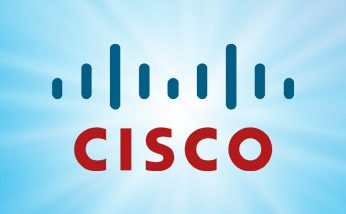 What this means is that the reach of Jabber—which includes such features as instant messaging, high-definition video, voice and presence—will grow beyond physical desktops and into the virtual desktop space, which is finding rapid adoption in enterprises, according to Phil Sherburne, vice president of engineering for Cisco’s Enterprise Smart Solutions unit.

It also means that businesses will be able to leverage Jabber’s communications capabilities across not only desktop PCs and mobile devices—from notebooks to tablets to smartphones—but also in the virtual desktop world.

The virtual desktop infrastructure (VDI) space is nascent but growing, with Gartner analysts last year predicting that the penetration rate of VDI will grow from about 2 percent of the enterprise desktop market in 2012 to 10 percent next year. In November 2010, Cisco rolled out its Virtualization Experience Infrastructure (VXI) desktop virtualization platform.

The addition of the VXME software only extends the capabilities in Cisco’s VXI platform, according to Sherburne. Now collaboration services are added to the virtual desktops and applications that are hosted on Cisco’s Unified Data Center solution, and from there delivered to a variety of user devices.

Such capabilities will become increasingly important as enterprise workspace environments continue to evolve, he said. Pointing to numbers from Cisco, Gartner and Nemertes, 77 million users will be working on hosted virtual desktops by 2016, 60 percent of IT leaders are planning or implementing unified communications (UC) in their VDI environments, and 90 percent of enterprises are supporting the bring your own device (BYOD) trend, which is driving up the use of smartphones and tablets for business.

Cisco also is seeing the workspace evolution hitting its business, with more than 1,000 customers working with VXI in some capacity, and more than 1.4 million Jabber seats licensed.

At the same time, Cisco is partnering with Logitech and Jabra to offer desktop accessories that users can leverage for their virtual desktop environments. Logitech’s UC Keyboard K725-C enables users to manage their calls from the keyboard, from answering and ending calls to seeing an LCD call ID display. Logitech also offers its M525-C Wireless Mouse.

In addition, Jabra is offering Jabra Speak 450 for Cisco, a hands-free speakerphone that lets users create a conference room-like environment in their workspace, as well as the Handset 450 for Cisco, a cordless handset for virtual environments. The handset includes volume and mute controls, and a light that flashes when there is a message.