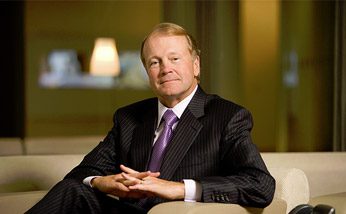 BOSTON—A confident Cisco Systems CEO John Chambers stood on stage before some 12,000 channel partners and issued a challenge both to them and to the networking giant’s competitors.

Cisco has a history of betting correctly on market transitions, from everything shifting to the Internet and cloud computing to video, emerging markets and mobility, Chambers said here June 4 during his keynote address at the Cisco Partner Summit 2013.

Over that time, competitors have come and gone, he said, and it will be no different with the next major transition to what’s known as the “Internet of Things“—or as Cisco is calling it, the “Internet of Everything”—where everyday things, mobile devices, homes, cities, cars and other items are infused with intelligence and ubiquitously connected to the Internet, creating greater efficiencies and generating massive amounts of data.

Cisco executives believe the Internet of Things will drive $14.4 trillion in profits over the next decade. As with the other transitions before it, Cisco will become the dominant technology player in the era of the Internet of Things, with more competitors falling by the wayside, Chambers said. The company’s channel partners will play a big role in this success, and will reap the benefits of that success.

The only miss, he said, was in Cisco’s failed foray into the consumer space, and the company has shed most of that business over the past couple of years.

“This is [a networking] industry that is going to consolidate, and be as much [a game of] musical chairs as it is a tide that lifts all boats,” Chambers said, adding that “history is littered with companies big and small” that challenged Cisco and lost.

“Bet against Cisco and you lose,” he said.

Throughout the hour-long talk, Chambers stressed the need to adapt to a changing technology landscape and a difficult—though slowly improving—economic environment. He urged channel partners to adapt as well, but added that Cisco’s commitment to the channel will grow, and that the company’s success will be tightly tied to that of its partners.

“We look at how we win together,” he said, adding that during the three-day Partner Summit, “you are going to see a lot of us talking about a channel partner evolution.”

Cisco for the past several years has worked to transform itself from a switch and router vendor to an IT solutions provider, a move that has included in-house development as well as billions of dollars in acquisitions, with many of those acquisitions in such areas as software, mobility and cloud computing. More acquisitions are on the way, he said.

The results have been good, Chambers said. In the first three months of the year, Cisco saw revenue jump 5.4 percent and net income increasing to $2.5 billion. Much of that growth came from businesses that the company has added over the past few years. The company’s data center business—anchored by the Unified Computing System (UCS) converged infrastructure offering, which includes Cisco-branded networking and server components—grew 77 percent in the first calendar quarter, while the cloud business increased 77 percent and the wireless business increased 27 percent.

Cisco now is poised to take advantage of new trends, from big data to analytics to software-defined networking (SDN). Chambers noted that in the past, there have been trends and competitors that industry observers have said will threaten Cisco. He pointed to such rivals as Hewlett-Packard and Huawei, both of which continue to chase Cisco’s dominant networking market share.

He also alluded to SDN, which some analysts believe could threaten Cisco’s lucrative core switching and routing hardware business, and could give rise to a new host of competitors. However, Cisco has built a technology architecture and an ecosystem that will enable it to leverage trends like SDN, and give it an advantage over its rivals.

And he urged channel partners to help Cisco in those efforts, and to enjoy the rewards from it.

“If you compete against Cisco and our ecosystem, you get beat,” Chambers said. “It’s important to get that message out. … It’s the ability to play architecturally that separates us from all of our peers.”