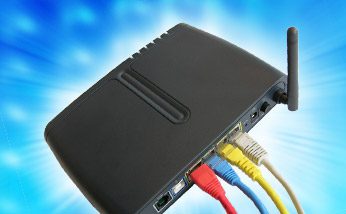 More people are using more mobile devices—particularly smartphones—to do more on increasingly fast wireless networks, all of which are driving huge increases in mobile Internet traffic that will reach 134 exabytes a year by 2017, according to Cisco Systems.

The 134 exabytes is equivalent to 134 times all the Internet traffic—both wired and mobile—generated in 2000, or 30 trillion images like those seen on Instagram (essentially 10 images every day from every person on earth for one year), or 3 trillion video clips (think YouTube), the networking giant said in its latest Visual Networking Index Global Mobile Data Traffic Forecast, released Feb. 6.

The staggering numbers reflect the massive growth that Cisco officials have been talking about for several years, and with essentially the same drivers in place—more people using more mobile devices to connect to the Internet via networks that are becoming increasingly faster, with more of that traffic being video-based and machine-to-machine (M2M) connections playing a larger role.

“By 2017, global mobile data traffic will continue its truly remarkable growth, increasing thirteenfold over the next five years, to reach an amount more than 46 times the total amount of mobile IP traffic just a few years ago in 2010,” Doug Webster, vice president of service provider network marketing at Cisco, said in a statement. “With such dramatic adoption, we are rapidly approaching the time when nearly every network experience will be a mobile one and, more often than not, a visual one, as well.”

The numbers are going up fast. According to Cisco’s study, by 2017, there will be 5.2 billion mobile users, a jump from 4.3 billion in 2012. The number of mobile connections—including M2M connections—will grow to 10 billion, from 7 billion last year. And those connections will run over mobile networks that will be seven times faster, from 0.5M bps in 2012 to 3.9M bps in 2017. As Cisco officials have said in the past, video also will play an increasingly larger role in mobile Internet traffic. In 2012, it accounted for 51 percent of all traffic; by 2017, that number will climb to 66 percent.

The growing network speeds will come as more carriers turn on their 4G networks, Thomas Barnett, director of marketing management for service provider marketing, told eWEEK. Currently, 2G is the dominant speed, Barnett said, though that will rapidly change over the next few years. According to Cisco’s numbers, in 2012, 2G networks supported 76 percent of all mobile connections, while 3G supported 23 percent and 4G 1 percent. By 2017, 2G networks will support 33 percent, 3G 57 percent and 4G 10 percent.

WiFi networks will continue to play a role in easing pressure on carrier mobile networks, according to Cisco. Last year, 33 percent of all mobile data traffic was offloaded onto WiFi or fixed networks, a number that will grow to 46 percent by 2017. The importance of WiFi was highlighted when The Washington Post reported Feb. 3 that the Federal Communications Commission was investigating the idea of a large, national WiFi network.

In addition, the top 1 percent of mobile data users generated 52 percent of the mobile traffic in 2010, but only 16 percent two years later, thanks in part to most major carriers pushing plans that cap usage, according to Barnett.

“That shift in such a short period of time was really surprising to me,” he said.

“The shift continues over to smartphones as the lead generator of traffic,” Arielle Sumits, chief marketing officer of service provider marketing for Cisco, told eWEEK.

The impact of tablets also will continue to be felt. By 2017, tablets will generate 16 exabytes of traffic, 1.5 times the amount of mobile Internet traffic generated by all devices in 2012, according to Cisco’s study.

The wide range of mobile devices that will continue to be in use by 2017—from smartphones and tablets to laptops, non-smartphone handsets and other mobile devices—is an indication of a strong mix going forward, Barnett said.

“Clearly there’s no sort of ‘uber device’ or single device that we’ll all use,” he said.

Google’s Android operating system will continue to grow its advantage over Apple’s iOS as the OS with the highest data use.