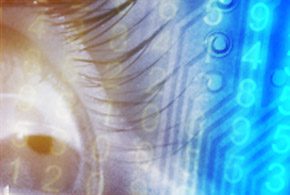 The Federal Communications Commission is turning its attention to look at TV broadcasters for the spectrum needed for the wireless industry.

The five-member FCC voted unanimously Sept. 28 to start the process of redirecting spectrum now held by broadcasters and selling it at auction to wireless broadband providers, a move commissioners said is necessitated by the skyrocketing use by consumers of spectrum-hungry smartphones and tablets.

The FCC’s move represents the first time a government has used incentive auctions to repurpose broadband spectrum for the wireless industry, and could be a model for other countries going forward, according to commission Chairman Julius Genachowski. The idea of incentive auctions was first introduced two years ago under the Obama administration’s National Broadband Plan, and such policies will be crucial to the United States continuing to be a leader in mobile technology, Genachowski said in a statement.

“They will help ensure that the U.S. has world-leading wireless networks, that we have the mobile bandwidth we need, that we build and maintain a strategic bandwidth advantage, that we keep and extend our edge in mobile innovation, and that we improve coverage and service quality for wireless consumers throughout the country,” he said.

Congress in February gave the idea of auctions a boost when it, as part of a larger economic legislative effort, enabled the FCC to auction off broadcast spectrum to the wireless industry.

With the rapid adoption of mobile devices like smartphones and tablets, wireless providers like AT&T, T-Mobile, Verizon Wireless and Sprint have been rapidly growing out their broadband networks to meet the demand for spectrum. Executives from those and other wireless providers have been putting pressure on the government to take aggressive steps to free up more wireless spectrum.

That tension was evident during the CTIA 2012 show in May, when those executives and others repeatedly said that spectrum was the No. 1 issue for the industry, which is doing its part in meeting demand for wireless services, CTIA President and CEO Steve Largent said in a keynote there.

“We also need government to do their part,” Largent said. “They simply need [to release] more spectrum.”

It won’t be easy. Through the initiative, TV broadcasters are being asked to voluntarily give up spectrum, which will then be auctioned to wireless companies. While broadcasters have downplayed the notion of a spectrum shortage, they have agreed to support a voluntary program. However, according to Gordon Smith, president of the National Association of Broadcasters, which represents the TV industry, the FCC shouldn’t expect a lot of volunteers.

“Our earnest hope is that those broadcasters who are not volunteers remained unharmed by this process,” Smith said, according to the Los Angeles Times, adding that few broadcasters have shown any intention of giving up spectrum. “If there is a stampede coming we certainly aren’t hearing any hooves.”

The FCC is doing its part to encourage the broadcasters, launching the LEARN (Learn Everything About Reverse-Auctions Now) Website to give them the information they need about incentive auctions. The process essentially will have three steps, the first being a reverse auction, where broadcasters put up the spectrum they want to sell. After that comes the reallocation—or repackaging—of the rest of the TV broadcasting spectrum to free up blocks that can be used by wireless carriers, which then is followed by a forward auction, where the wireless providers can bid on the available spectrum.

The FCC is expecting to hold the first incentive auction in 2014.

The commission’s Genachowski said the demand in the United States for bandwidth—and the importance of the wireless industry to the country’s economy—is driving the need to make more bandwidth available to the carriers. U.S mobile data traffic great almost 300 percent in 2011, he said. Thanks to 4G Long-Term Evolution (LTE) smartphones and tablets, it will grow another 16 times by 2016.

“The spectrum crunch is a major headache for consumers, who have to deal with dropped connections or spinning pinwheels when they’re checking the Web on the go,” Genachowski said. “And it’s a headache for U.S. innovators and network operators. We’re now leading the world in deploying the next generation of wireless broadband networks—4G LTE—at scale. With more than two thirds of the world’s LTE subscribers, the U.S. is the global test bed for LTE apps and services. But we won’t be able to seize the opportunities of this early advantage without taking care of our invisible infrastructure—wireless spectrum.”