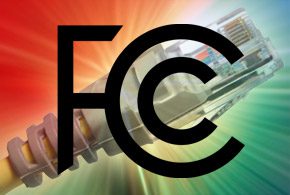 The December open meeting of the Federal Communications Commission took place with demonstrators outside, a security threat inside and little substantive debate about the issue of network neutrality before a long-expected party-line vote.

The demonstrators were there to protest the FCC’s imminent vote to reclassify broadband communications so that it’s under Title I of the Communications Act. The vote was intended to reverse a similar action in 2015 in which the previous Commission had reclassified broadband under Title II at the direction of the White House. The earlier Title I classification meant the internet was considered an information service.

During today’s meeting, the commissioners voiced their impassioned positions on net neutrality and on broadband as the means to access the internet. Once the discussion was brought up on the agenda, Commissioner Mignon Clyburn, aligned with the Democratic Party, accused the other commissioners of helping the FCC “pull its own teeth” and the majority Republican commissioners of ignoring the will of the people. Clyburn was one of the FCC commissioners who voted in favor of the reclassification of broadband under Title II.

Following her comments, Commissioner Michael O’Rielly decried the hype surrounding the vote, saying that he refused to vote about the hypothetical, or to engage in “Guilt by imagination.” He said that ultimately the only way to ensure consistent and persistent laws governing net neutrality was for Congress to produce legislation defining it, and regulating it.

O’Rielly also took note of the many who charged that the FCC was ignoring the comments that people sent to the FCC as well as to the individual commissioners, saying that the comments that were clearly fake were ignored. He also described a flood of obscene and profane comments, as well as some that were incomprehensible. “A lot of them said that I look like a potato,” O’Rielly said.

Commissioner Brendan Carr continued the theme of decrying the hype, saying that many of the interest groups involved in the discussion are, “fanning the false flames of fear.” He said that much of what those groups were claiming about the vote simply weren’t true, or they weren’t true about the reclassification under Title I.

He said that some of the claims that internet service providers would have new powers to control or filter the internet weren’t true because those powers already exist. He said that ISPs can block sites under Title II if they wish, as long as the disclose it.

FCC Chairman Ajit Pai was part way through is discussion of the reclassification when the proceedings were interrupted by a security incident.

As he was speaking, Pai was handed a note. He stopped his presentation, saying that the security staff recommended a short recess. At that point, the Commissioners filed out of the room.

A reporter for CBS News said that everyone else in the hearing room was asked to leave their belongings in the room and to depart. He said that the security staff and some dogs swept the room before the hearing was allowed to resume.

“The internet was not broken in 2015,” Pai said opening his remarks, “and we’re not living in some digital dystopia.” He added that the vote was not going to end the internet and that “the sky is not falling.”

However, Pai did call for a return to a bipartisan regulatory framework for the internet and for broadband communications. He said that his discussions with the Federal Trade Commission made it clear to him that the agency was ready and willing to pick up its enforcement task. Pai pointed out that the FTC had done such enforcement for a long time and would continue.

The vote went as expected, with the three Republican appointees being in favor and the two Democratic appointees being against it. Like the previous reclassification, it was a party line vote.

The routine vote was a sharp contrast to the noisy protests outside and the myriad special interest groups who launched a no-holds-barred public relations assault in an apparent attempt to break the internet through sheer volume of emailed press releases.

Virtually all of those releases were restatements of the same positions the special interest groups, both pro and con, have said before. This left little room for reason, but there was at least one clear statement about what should happen next to truly settle the issue of network neutrality.

“Now that the FCC has taken action, the only net neutrality preceding that Americans should focus on is the one that’s not yet taking place on Capitol Hill,” said Mike Montgomery, executive director of CALinnovates, a technology advocacy group, in a prepared statement.

“Settling the issue in Congress doesn’t allow third parties to continue to utilize the issue as a fundraising issue, but it will bring the factions together to resolve the ideologically-charged, endless debate,” Montgomery stated. “It’s time for Congress to pass affirmative, bipartisan net neutrality legislation that protects consumers and supports innovation, investment and job creation,” Montgomery’s statement said.

Montgomery has a point that has been widely overlooked in this discussion. The only way that net neutrality can be finalized is through legislation. Congress was well along with a well-written bill in 2015 when the FCC reclassified broadband under Title II. It’s time to bring that legislation back, and to finally stop playing political football with something as critical to the public as net neutrality.

EDITOR’S NOTE: This article was updated to correct the attribution for statements actually made by Mike Montgomery, executive director of CALinnovates.