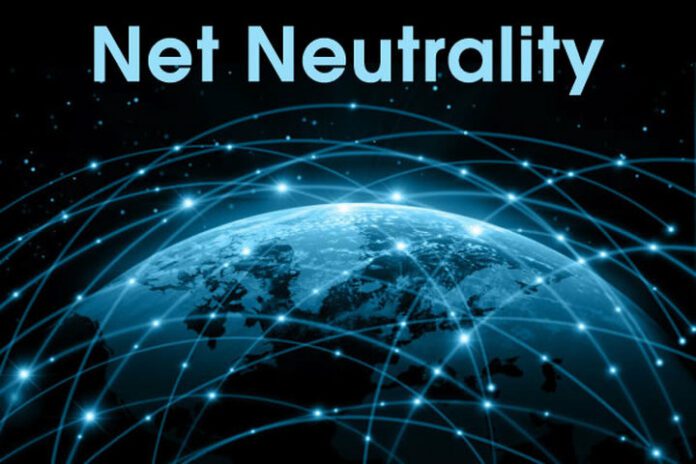 A three-judge federal panel of the U.S. Court of Appeals for the DC Circuit heard oral arguments on Feb. 1 about whether the Federal Communications Commission had acted properly when it had reclassified ISPs under Title II of the Communications Act. Previously in 2015, the FCC had changed the classification of ISPs from Title II to Title I.

A group of plaintiffs, ranging from advocacy groups, content providers led by Mozilla and 22 state attorneys general, argued that the FCC had been wrong when it changed the classification to Title II, as an information service, instead of Title I, a telecommunications service.

“A telecommunications service is the pipe, and information service is what goes over the pipe,” explained former FCC Chairman Tom Wheeler. “The fiction that the Trump FCC has been trying to engage in is that they are the same.”

Wheeler compared the FCC’s position to one about online shopping, using the Macy’s department store, which has a building and roads leading to the building. “That’s like saying that because Macy’s has an online service, the road leading to Macy’s should be regulated like Macy’s.”

During the hearing, the court appeared to be divided in how it viewed the arguments from each side. This was because the arguments ranged widely. The FCC, for example, stuck to the argument that its decisions were proper ones for the agency to make.

“The U.S. Supreme Court has already affirmed the FCC’s authority to classify broadband as a Title I information service,” said FCC Chief of Staff Matthew Berry in an email, “and after today’s argument we continue to believe that the judiciary will uphold the FCC’s decision to return to that regulatory framework under which the Internet flourished prior to 2015 and is continuing to thrive today.”

Impact of Change on First Responders

On the other side, the arguments were more about whether the decision was the proper one to make. Those arguments focused on harm to consumers and whether the FCC order had taken first responders into account with the reclassification to Title 1.

“Today, Petitioners persuasively argued that the FCC’s complete abdication of its authority to protect consumers from ISP abuses lacked reasoning and harmed consumers,” said Sarah Morris, deputy director of New America’s Open Technology Institute. “The FCC has no leg to stand on in defending its decision. The court should vacate the Restoring Internet Freedom Order.”

One argument that received significant attention from the court was the impact on first responders of the change to Title I. Attorneys for Santa Clara County, Calif., argued that paid prioritization would hurt emergency services and pointed to throttling that took place during the 2018 California wildfires that prevented firefighters from communicating with each other. This throttling significantly interfered with the ability of first responders to fight the fires and to render aid effectively.

According to Wheeler, the FCC’s order returning the internet to Title II ignored the previous order placing it under Title I, which specifically protected first responders’ communications needs.

Attorneys for Santa Clara County said that post-event remedies weren’t adequate to help first responders during a crisis. Instead, according to several observers contacted by eWEEK, the needs of emergency workers must be considered before a crisis.

“Our view here is that the 2015 order was based on a solid record of justification and legal analysis,” said Ed Black, president and CEO of the Computer and Communications Industry Association. “When the administration changed in 2016, there was a decision to overturn the other order up front and then look for rationale, rather than looking for evidence first.”

According to Wheeler, the reclassification decision failed to follow the Administrative Procedures Act, including outlining the actions for public comment. It’s worth noting that nearly all of the public comments that were received were automated messages that have since been revealed to have been created by the Russian Internet Research Agency.

Black said that the decision to reclassify the internet as Title II was a political decision by the FCC. “But it’s not a political body,” Black said. “It’s supposed to be a regulatory body.”

What was not mentioned in the hearing was the risk to the regulatory environment if the basic direction of regulations changes radically with each change in administration, which is what happened with the FCC and the changing classifications.

“The next stage which a lot of us would like to see is predictability and good legislation,” said Black. “Any chance to get a decent legislative solution will only come if the current rules are struck down.”