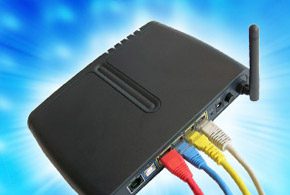 Some 80,000 residents in New York City’s Harlem neighborhood will be getting free public outdoor WiFi service by the middle of 2014 under a new initiative announced by the city.

The project will cover some 95 blocks in Harlem and is being paid for by a donation from the Fuhrman Family Foundation, according to an announcement from the office of Mayor Michael Bloomberg. There will be no cost to users for the services, which are initially being funded for five years.

The city will explore other means of funding the project, including donations or partnerships, after the original five years are up, a spokesman for the New York City Department of Information Tech and Telecommunications told eWEEK.

“The Harlem WiFi network will extend 95 city blocks, from 110th to 138th Streets between Frederick Douglass Boulevard and Madison Avenue making it the largest continuous free outdoor public wireless network in the nation,” according to a statement from the mayor’s office. The network will be rolled out in three phases through May of 2014.

The project “will increase digital access for approximately 80,000 Harlem residents, including 13,000 public housing residents, as well as businesses and visitors in the area,” according to the statement.

“Our new Harlem wireless network brings critical connectivity to residents and visitors, giving them 24/7 access to everything from education materials for kids, to information about Harlem’s rich history and attractions, to everyday needs like paying bills, checking library hours–or even just keeping tabs on the Knicks and Nets,” Bloomberg said in a statement. “In 2013 being successful requires being connected; thanks to the Fuhrman Family Foundation and the Mayor’s Fund, we are wiring nearly 100 blocks in Harlem and giving 80,000 New Yorkers another tool for success.”

Geoffrey Canada, the president and CEO of the Harlem Children’s Zone social services group, said in a statement that he has “been hoping for years that we could somehow make this happen for our children and families, so I am personally delighted this day has arrived. Today, being connected to the world and being competitive in the global marketplace means access to the Internet, which is essential to evening the digital playing field for our kids.”

The network will be available 24/7 in outdoor locations within the zone, with unlimited access, according to organizers.

Similar projects are also happening in other areas of the city through local initiatives.

In July, Google also presented the city of San Francisco with a $600,000 grant to build a WiFi network that will provide free WiFi throughout the city’s 31 parks and open spaces. The grant will cover the cost of needed equipment, installation and maintenance of the system for two years. The installation of the system will begin in December 2013, and all 31 sites are expected to be fully completed and ready for use by the spring of 2014.