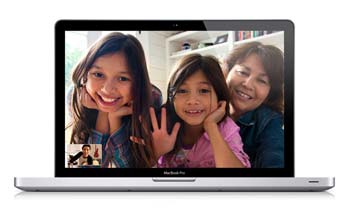 Vidyo and Zoom Video Communications are unveiling the next versions of their respective video conferencing solutions.

At the InfoComm 2013 show in Orlando, Fla., June 12, Vidyo officials announced VidyoConferencing 3.0, which they said offers a newly designed integrated desktop and a remote-control application for mobile devices running Apple’s iOS and Google’s Android operating systems, among other features.

Vidyo is one of a growing number of vendors who offer software-based video conferencing solutions as alternatives to the more expensive traditional hardware products from the likes of Cisco Systems, Polycom and LifeSize Communications. Along with savings in capital costs and bandwidth, software-based solutions also address the needs of the growing number of mobile workers and the demands from trends like bring-your-own-device (BYOD). More employees are using their smartphones and tablets for work, and are expecting the same high-level user experience that they get when they’re in the office.

The trend toward software-based offerings has been a boon for Vidyo, which has raised more than $116 million in funding since its founding in 2005 and saw billings increase 68 percent in 2012. Co-founder and CEO Ofer Shapiro said the company has seen growth not only in the number of customers, but also the size of the deployments, which has helped officials improve their offerings.

“Companies can now confidently invest in enterprise-wide solutions that add intuitive and viral end-user experiences to the industry’s most scalable video communications system,” Shapiro said in a statement.

VidyoConferencing 3.0 includes new products, such as VidyoDesktop 3.0, VidyoWeb, VidyoRemote, and a new Vidyo app for content sharing and collaboration. With the app, users can turn an iPad into a second Vidyo endpoint and use it as a whiteboard and to mark up content that is being shared. VidyoWeb is an in-browser experience through which people using Instant Messaging (IM) clients like Skype can be included with a single click, while VidyoDesktop 3.0 supports two high-definition displays and can display up to 16 participants. There also is an in-call group and private chat capability.

VidyoRoom HD40 is a new small form factor starting at $999, while VidyoPanorama 600, an immersive telepresence system, is priced at $25,000.

The VidyoConferencing 3.0 upgrade is scheduled for release in the third quarter and will be free to all existing Vidyo users under a current maintenance contract.

“The combined strengths of Vidyo and Microsoft provide Lync users with ease of use, interoperability and a level of video communications and collaboration that is unmatched in the Microsoft universe,” Amir Shaked, Vidyo’s senior vice president of product management, said in a statement.

For their part, Zoom officials on June 11 released Version 2.0 (V2.0) of its cloud-based video collaboration service. The new release unifies HD video conferencing, mobility and Web meetings for up to 25 people, devices or rooms, according to officials.

Zoom launched its service, called zoom.us, in August 2012, enabling people to participate in a video call from their PC or mobile device. The service offers one-click capabilities and integration with Facebook and Google’s Gmail.

Among the new features is the ability to see participants in a “gallery view,” where they can be seen all at once in what officials called a “Brady Bunch-style” layout. Right now users have to scroll to see all the participants.

In addition, people can dial into a Zoom meeting from their phones, and through new remote control and annotation capabilities, users when sharing a screen can give another participant the ability to annotate or control the screen.

Zoom officials in May said the company had reached the milestone of having more than 1 million participants worldwide. The company in February put out the 1.0 release, and since then has connected more than 400,000 meetings and 3,500 businesses in more than 2,500 countries across the world. The cloud service offers high-definition video conferencing, mobility and Web meetings for $9.99 a month.

Officials say that through Zoom, users can reduce their video and Web collaboration costs by more than 90 percent.