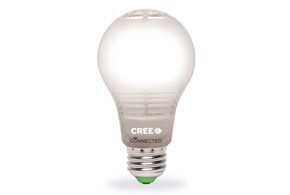 The already crowded field of industry groups developing standards for the Internet of things just got another member with the launch of the Wireless IoT Forum.

The group, founded by Cisco Systems, BT, Accenture and others, wants to drive broad adoption of wireless wide-area networking (WAN) products for the IoT by developing a set of standards that can be used by tech vendors, application developers and network operators.

The Wireless IoT Forum, which started coming together in March but didn’t announce its founding members or board until June 30, joins a list of other industry groups that are developing open frameworks designed to help the rapidly growing number of devices and systems that make up the IoT connect and communicate with each other.

The interest is understandable. Cisco officials expect the number of connected devices worldwide—from smartphones and tablets to cars, home appliances, sensors, industrial systems and medical equipment—to double from 25 billion last year to more than 50 billion by 2020. IDC analysts have said the IoT market could hit $7.1 trillion by 2020.

However, the growing number of groups working on developing these communications frameworks is a challenge to the growing industry, and something the new consortium wants to improve, according to Wireless IoT Forum CEO William Webb.

“The IoT market is gathering significant momentum around the globe, with new technologies and use cases being announced daily,” Webb said in a statement. “However, the risk presented by fragmentation remains very real. Without widely-agreed open standards we risk seeing pockets of proprietary technology developing independently, preventing the benefits of mass-market scale.”

Webb said his group is being developed to reduce that fragmentation. Officials on the consortium’s Website note that the World IoT Forum is not a standards group, but is looking to offer requirements and priorities to the standards bodies where there are no standards now, such as in long-range wireless connectivity, and to help drive consensus where there are competing standards, such as enabling connected home devices to discover each other.

The group—which also was founded by Arkessa, Telensa and WSN and had its first working session last month—also will encourage the adoption of WAN IoT connectivity either as an alternative or a complement to other options, including LAN, PAN and mesh.

“The IoT is growing at an unrelenting pace, but it’s important that the entire ecosystem cooperates around open standards in order for it to reach its full potential,” Aidan Quilligan, managing director for Accenture Digital-Mobility, said in a statement. “That’s why it’s important that the Forum works with key ecosystem members from the start, in order to create the right conditions for the mass market, without duplicating the work being done by existing standards bodies. Open standards represent the only way to begin the process of overcoming fragmentation in the IoT.”

Over the past 18 months several other groups have formed, including the AllSeen Alliance, which is developing a framework based on the AllJoyn code initially created by engineers with Qualcomm, and the Open Interconnect Consortium (OIC), which in January rolled out the first version of its IoTivity software platform. In addition, the Thread Group is using the Thread protocol as the basis of its work, while the Industrial Internet Consortium (IIC) is focusing on the industrial segment of the IoT.

There also are other connectivity efforts under way using established wireless protocols like ZigBee.

There have been some efforts among these groups to work together. In February, the OIC and IIC announced they were partnering to help drive interoperability, while the Thread Group and ZigBee Alliance in April said they were working to enable ZigBee’s application layer protocols to run over Thread-based networks.