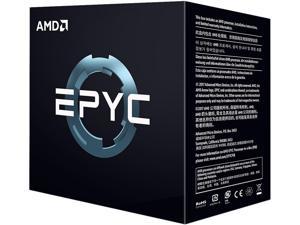 It fascinates me how often a leading company will sacrifice that leadership in order to maximize quarterly revenue. You can see that with Apple, whose excessive focus on margins and quarterly results has caused it to drop to third place in the smartphone market (behind Samsung and Huawei) and to move to cover up its unit performance by no longer reporting unit sales.

I’m surprised the U.S. Securities and Exchange Commission hasn’t slapped its hands yet. However, Apple partner Intel is even more exposed. This is because it has had an inability to produce enough low-cost processors that it is hurting value lines (largely because it appears to have shifted manufacturing capacity to Apple modems), has had a number of unique security problems, has lost both its CEO and CMO, and killed its Intel Developers’ Forum. That was the one event that both assured its leadership and created a solid connection to x86 developers.

In San Francisco this week, AMD took the fight to Intel with folks such as Amazon Web Services and Baidu on stage behind one of the strongest value-oriented (performance per dollar) arguments against Intel it has ever fielded. AMD cited a 45 percent lower cost of ownership for similar performance against Intel, and every customer likes higher margins and lower costs.

Here’s my assessment of AMD’s Epyc launch this week.

AMD is pitching its performance advantage over Intel and make a compelling argument. Apparently, Cray agrees, and reps were on stage in support of this announcement. Cray was one of the initial leaders in the supercomputer market and held the No. 1 spot for a time; currently its aging Titan supercomputer is still No. 7 in performance. They talked about the deployment of an AMD-based supercomputer by the Haas Formula One team, which used it for fluid dynamics and to win races.

Cray talked about Shasta, its next-generation supercomputer. This latest system has as a differentiator the ability to address a far greater variety of workloads. Lawrence Livermore National Laboratory just bought this 100-petaflop AMD-based supercomputer system for national energy research. Lab reps reaffirmed their commitment to AMD and are effectively betting on AMD’s ability to execute. This would have been risky last decade, but under AMD CEO Lisa Su and her team, this looks like a good bet.

This is a 64 Zen 2 cores (128 threads), or twice the computer capability of the last generation. But this isn’t just a massive core increase (making single-socket implementations far more interesting). What is fascinating is that one of the historic problems with those supporting Intel is that Intel tends to break software as it iterates offerings.

AMD CEO Su is understandably very excited about this latest processor. AMD clearly cares about this market in ways that Intel does not.

One of the most impressive demonstrations was running an Intel twin processor top-of-the-line server against a single-socket Rome Epyc 2 processor (prototype not yet fully tuned and air-cooled). The Rome system just beat the Intel system. Now realize Rome isn’t due until 2019, and Intel would typically iterate as well; however, Intel has had huge execution problems of late, so what was typically a given isn’t at the moment.

It is also interesting to note that AMD is promising, now that it has a stable architecture, to accelerate advances. It gets to this by having layered development teams that are working on the next two generations of the processor at the same time, allowing far faster technology iterations.

It is really difficult to displace an entrenched, dominant vendor, and Intel is both. You typically need that vendor to stumble and, lucky for AMD, Intel has been stumbling a lot lately. That gives AMD an unusual advantage, because IT buyers don’t like uncertainty in products or in the companies with whom they deal. AMD’s demonstrated performance is impressive, but it is likely the firm’s restored integrity is its biggest advantage along with the fact that it doesn’t seem to be defunding its x86 development efforts.

In the end, it may simply become a choice about which company you trust to actually meet its promises. Right now, especially because Intel has no CEO, we don’t know what its priorities will be. AMD has a massive credibility advantage and a better reputation for having its customers’ backs.

Performance aside, this could be AMD’s most powerful competitive advantage. For risk-averse IT executives, this could, and should, be huge.

Rob Enderle is a principal at the Enderle Group. He is an award-winning analyst and a longtime contributor to QuinStreet publications and Pund-IT.