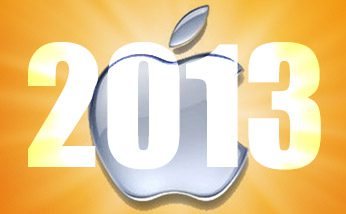 Apple’s new Mac Pro was unveiled at the company’s Worldwide Developers Conference keynote on June 10. The device is just 9.9 inches tall and comes in a cylindrical design that is easily the most innovative desktop Apple has ever launched.

Despite that small size, Apple is bundling all kinds of firepower into the computer, ensuring that it appeals to the average power user who has been waiting years for something new from the company.

Still, the Mac Pro won’t be available anytime soon. At its keynote, Apple announced that the computer will launch later this year and it has yet to affix an exact launch date or price tag on it.

What’s clear, though, is that Apple believes the Mac Pro will bolster the center of its desktop computing line when it launches. For all of those folks watching the WWDC keynote on June 10, it was clear Apple really wanted to make a statement. And what a statement it made.

These are the reasons why just about every Mac user should get excited about Apple’s new and improved Mac Pro:

When looking at the Mac Pro’s design, it’s hard to not get excited. The device is cylindrical, incredibly small and has a polished black finish that is second to none. The design on the inside is even drool-worthy. Apple really might have outdone itself with this Mac Pro design.

Apple made the smart decision to make the Mac Pro as compatible with standard components as possible. The device includes Gigabit Ethernet support, as well as HDMI and USB 3.0 ports. Everything on the back even lights up, making it easy to connect devices in a low-light situation.

3. Thunderbolt is the computer’s savior

The six Thunderbolt ports on the back of the Mac Pro could very well be the best aspect of the device’s component options. Thunderbolt 2, which is the latest version, provides up to 20G bps transfer speeds and is 25 times faster than FireWire 800. But here’s the best part: Thunderbolt 2 allows for daisy chaining all kinds of devices, meaning that up to 36 external devices, including displays, hard drives, and much, much more, can be connected to the Mac Pro.

If you’re a video editor, you must be dying to get your hands on the Mac Pro. The computer is the first from Apple to come standard with dual GPUs. According to Apple, it can deliver up to 7 teraflops of computing power, easily outpacing the 2.7 teraflops available in the current Mac Pro.

Apple’s New Mac Pro: 10 Reasons to Get Excited About This Hot Desktop

6. Tons and tons of displays will be supported

Thanks to Thunderbolt, the new Mac Pro will support a long list of displays. As noted, up to 36 devices can be connected to the Thunderbolt ports through daisy-chaining. Plus, with the high-end graphics card, it’s possible to run three 4K monitors with the computer. Professionals who need extra displays will find a home for them on the Mac Pro.

Although Mavericks is capable of running on any computer that’s currently compatible with Mountain Lion, the best experience will truly come from the Mac Pro. After all, that’s the product that has the most processing power and the best graphical performance. Mavericks will run like a breeze on the Mac Pro.

8. It’s the latest and greatest wireless

Apple ostensibly believes that the future of wireless is in the 802.11ac standard. And it’s probably right. Realizing that, the company has bundled 802.11ac into the Mac Pro, and also delivers Bluetooth 4.0. In other words, the Mac Pro will be a wireless marvel.

The Mac Pro can be easily situated into any compartment, thanks to its extraordinarily small design. The computer is just 9.9 inches tall, and has a diameter of 6.6 inches. Since it’s so good-looking, it can be placed on the desk and actually look like it belongs there rather than hidden underneath it like another boring old tower PC. Apple’s Mac Pro, in other words, will fit just about anywhere.

10. It’ll be expensive—but it might just justify the price

Apple has yet to announce a price on the Mac Pro, but judging by its features and the fact that the current Mac Pro is so expensive, there’s a very good chance that this computer will break the bank relative to most desktops. But judging by its features and design and its competitiveness against high-end desktops, it might just justify the price far better than other devices out there.