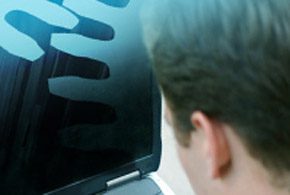 Ex-Advanced Micro Devices chip engineer Jim Mergard, one of a number of AMD veterans who in recent years have left the company for Samsung Electronics, reportedly is now on his way to Samsung arch-rival Apple.

Mergard, who came to Samsung in June 2011 as its vice president and chief engineer after 16 years with AMD, has been hired by Apple, according to the Wall Street Journal. The move illustrates the demand for chip engineers not only in PCs and servers, but also in mobile devices like smartphones and tablets, and sheds more light on the growing competition between x86-based chip makers like Intel and AMD and ARM Holdings and its list of partners, such as Samsung, Nvidia, Qualcomm and Texas Instruments.

While Intel and AMD chips dominate the PC and server markets, it’s ARM-designed chips that are found in the bulk of smartphones and tablets. And as both Intel and AMD push to gain inroads into the mobile market, ARM and some of its partners are looking to move their low-power chips into PCs and servers, widening the competitive field.

The move also raises the question of Apple’s processor plans. Currently the company—like Samsung—leverages ARM system-on-a-chip (SoC) designs for its mobile devices, like its iPhone and iPad, and Intel processors for its Macs. A former AMD executive who now heads a research firm noted to the Journal that Mergard has experience in both PC chips and SoCs.

Mergard was a key PC chip engineer during his time at AMD, including helping lead the development of the company’s “Brazos” accelerated processing unit (APU) aimed at entry-level PCs and notebooks. He came to Samsung as part of a wave of AMD engineers and officials leaving the company. He also came at a time when Samsung reportedly began gearing up to challenge Intel and AMD in the server chip business. Samsung over the past couple of years has been aggressive in pursuing chip engineers from rival companies.

It comes amid a larger push by ARM and some partners to bring its chips to low-power servers called micro servers, which are getting increased interest from businesses like cloud computing, hosting and Web 2.0 companies running massive, dense data centers looking for greater energy efficiency in their systems. ARM has introduced its ARMv8 architecture, which offers such server features as 64-bit capabilities, more memory and greater virtualization support, though systems running on chips based on the architecture aren’t expected until 2014.

Major OEMs are interested in building low-power micro servers, with Hewlett-Packard teaming up with Calxeda for systems in its Project Moonshot initiative, and Dell working with Marvell Technology in its upcoming Copper line of systems. AppliedMicro also has announced 64-bit-capable prototype chips based on ARMv8.

Mergard’s move from Samsung to Apple also comes amid a series of high-profile legal disputes between the two companies over patents and mobile devices. For example, Samsung in August was ordered to pay $1.05 billion to Apple in connection with a patent lawsuit, and Samsung was blocked by another court from selling Galaxy Nexus smartphones in the United States while both sides fight another lawsuit over smartphones and patent infringement claims. However, a panel of judges this week set aside that injunction, allowing Samsung to continue selling the smartphone.

Along with the legal disputes, Apple and Samsung also are partners, with Samsung manufacturing many of the chips Apple puts into its mobile devices. However, Apple reportedly is looking to reduce that dependency on Samsung, turning to Taiwan Semiconductor Manufacturing Co. for production of its 20-nanometer chips, according to Cnet.