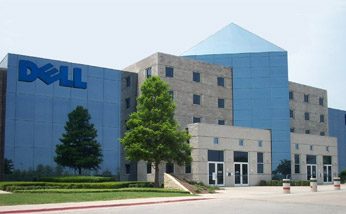 Michael Dell’s efforts to take his namesake company private are quickly turning into a bidding war for the world’s third-largest PC maker.

Blackstone Group and Icahn Enterprises—run by activist investor Carl Icahn—have made separate bids for Dell that the special committee created by the tech vendor’s board of directors to oversee the process said could prove better than the $13.65-per-share price offered by Michael Dell and investment firm Silver Lake Partners.

News of the competing bids came as the March 22 deadline passed for the “go-shop” period, which was laid out in Feb. 5 proposal from Michael Dell and Silver Lake Partners. The go-shop period enabled the board’s special committee to seek competing offers and to negotiate with interested parties after March 22.

Now there are two other bidders for Dell, and committee members said in a statement that “both proposals could reasonably be expected to result in superior proposals” to the $24.4 billion deal laid out by Michael Dell and his partners.

“We are gratified by the success of our go-shop process that has yielded two alternative proposals with the potential to create additional value for Dell shareholders,” Alex Mandl, chairman of the special committee, said in a statement. “We intend to work diligently with all three potential acquirers to ensure the best possible outcome for Dell shareholders, whichever transaction that may be.”

Should the winning bid come from either Blackstone or Icahn, it could mean the end of Michael Dell’s tenure at the company he founded more than two decades ago in his dorm room at the University of Texas.

Blackstone’s bid would give shareholders the chance to receive either stock or cash at a price of more than $14.25 a share, and the shares would continue to be traded publicly on the Nasdaq.

A bidding war is far from the scenario Michael Dell likely envisioned when he and Silver Lake Partners put in their $24.4 billion leveraged buyout bid for the embattled tech vendor, which is undergoing a difficult transformation from being a maker of commodity PCs to being a vendor of enterprise IT solutions, from servers, storage products and networking gear to software and services. Dell has spent billions of dollars buying companies as it looks to build up its capabilities.

However, the company’s revenues are still closely tied to a worldwide PC market that continues to see declines in sales as consumers and businesses spend more of their technology dollars on mobile devices like tablets and smartphones. According to IDC analysts, in the fourth quarter of 2012, PC shipments fell 6.4 percent compared with the same period in 2011, despite the recent release of Microsoft’s Windows 8 operating system.

Buying Dell and taking it private would enable Michael Dell and other company executives to accelerate their efforts to transform the vendor and reduce its reliance on PCs, and to do so away from the Wall Street spotlight, according to analysts. In the buyout proposal, Michael Dell would retain control of Dell.

However, the proposal has been the target of criticism since it was first made. There has been considerable shareholder pushback, including by the three large investors—Southeastern Asset Management, T. Rowe Price and Icahn—who said the bid vastly undervalued Dell and was designed to benefit Michael Dell more than shareholders. All had said they would vote against the plan, with Southeastern officials—who are pushing for a price of more than $20 per share—saying they would consider a proxy challenge to keep it from happening.

With the competing bids, the pressure will be on Michael Dell and Silver Lake to up their per-share price. For Michael Dell, winning or losing could determine whether he remains with the company. According to a recent report in Fortune.com, Blackstone officials prefer to have Michael Dell as part of their plans, but already have begun making contingencies, including courting Mark Hurd, former CEO of Hewlett-Packard and current president with Oracle. Also named as a possibility was former Compaq and MCI CEO Michael Cappellas, who currently is board chairman for VCE, a joint venture of EMC, VMware and Cisco Systems that focuses on cloud computing infrastructure.

As founder of the company, Michael Dell is in the position of having to be more transparent than competing bidders, according to Alex Khutorsky, managing director of The Valence Group, an M&A advisory investment bank.

“Dell will have [to] disclose both his plan for the company as well as his projections for valuing his bid, and that number will set both the floor and the ceiling,” Khutorsky said in a statement. “Any competitor coming in with a bid between his own private bid and his public valuation for the company will force him to either give up the company or raise his offer and diminish the return.”

However, Michael Dell may be open to other bids outside of his own. Dell’s special committee in its statement said that Michael Dell has told it of his “willingness to explore in good faith the possibility of working with third parties regarding alternative acquisition proposals.” The New York Times, quoting an unnamed source, reported March 25 that Michael Dell believes the Blackstone proposal is “potentially friendly to management” and may reach out to Blackstone officials this week. Opting for the Blackstone bid would mean backing out of the one with Silver Lake, according to the report.

The real problem for a struggling company in a situation like this has less to do with the money involved in the bids and more with the uncertainty that this environment creates, Roger Kay, principal analyst with Endpoint Technologies Associates, said in a blog post March 25 on Forbes.com. The uncertainty makes customers nervous and gives an opening to rivals like HP, Kay wrote.

“Having witnessed Hewlett-Packard facing exactly the same issue, Dell could have known how this would go,” he wrote. “Infotech 101, the course that all CEOs of tech companies should have taken freshman year, says that if you start fiddling with your corporate structure in public, you’ll spook your customers and lose business. It might not have been so. If Michael Dell had managed a clean leveraged buyout, maybe the rumbling in the customer ranks wouldn’t have started, but now that it’s open season on Dell (the company), competitors are lining up to harvest Dell’s customers in their season of discontent.”