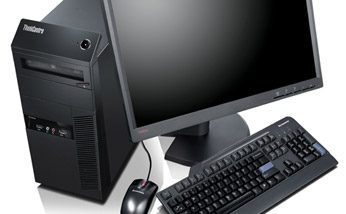 Dell officials say they are making progress in their four-year effort to become an IT solutions provider to corporations, but the company’s legacy PC business continues to be a drag on its financial numbers.

Even as Dell executives have worked to build its enterprise business—from building out its server capabilities to expanding its storage, networking, software and services portfolios—about half of its revenues still come from PCs, and it’s a market that continues to struggle and take its toll on any vendor closely tied to it.

The global PC market has been contracting for several quarters, dogged by the uncertain global economy and growing consumer demand for mobile computing devices, in particular smartphones and tablets. Analysts at IDC and Gartner in October announced the worldwide PC revenues dropped between 8 and 9 percent in the third quarter. Dell and other vendors are hoping that the release last month of Microsoft’s Windows 8 operating system will help revive the PC market.

Other vendors closely tied to the PC industry—including chip makers Intel and Advanced Micro Devices and rival OEM Hewlett-Packard—also have been hit by the downturn in sales, and like Dell are looking to expand their reach into more growth areas and lessen their dependence on the PC market.

During a conference call with analysts and journalists Nov. 15 to discuss the quarterly results, Dell officials acknowledged the difficult PC environment, but also touted the strides the company has made in growing its enterprise IT business.

Revenues for Dell’s Enterprise and Solutions group grew 3 percent over the third quarter in 2011, to $4.8 billion, and to date, the company is 4 percent ahead in revenue from where the group was last year. The Enterprise and Solutions Group has an annual run rate nearing $20 billion, according to Steve Felice, president and chief commercial officer.

However, large enterprise revenue was down 8 percent, while sales in the public sector fell 11 percent, and small and midsize business revenue dropped 1 percent. Consumer revenue saw a sharp 23 percent decline.

Still, despite the problems in the PC market, Felice told analysts that there was little chance of Dell actually getting rid of its PC business. In a world of cloud computing and bring-your-own-device (BYOD) and virtual desktops, PC’s are still an important part of a broad product lineup, he said.

“We continue to see the need … to have an end-to-end solution,” he said. “We think this portfolio is important.”

According to Krista Macomber, an analyst with Technology Business Research, Dell appears to be making the right choices as its builds out its enterprise business.

“TBR views Dell’s acquisition and R&D investments over the past five years as a reflection of the vendor’s commitment to customers, as the investments have been critical to rounding out Dell’s stack in areas such as storage, networking and software that are necessary for end-to-end infrastructure and support,” Macomber wrote in a research note after Dell announced its numbers.

She also lauded Dell for its efforts in working closely with customers to build products that these businesses need.

“Dell is playing to its high-touch direct sales heritage to expand its enterprise solutions business,” Macomber said. “As a result of this strategy, Dell reports it is engaging in more than 2 billion customer interactions per year. These engagements, TBR believes, enable Dell to gather insight into key pain points for refined solution development and to build trust to lay the foundation for long-term, high-value customer relationships. TBR believes leveraging customer input for system design is critical to converged system success, and this strategy is providing Dell with the momentum to accelerate sales.”