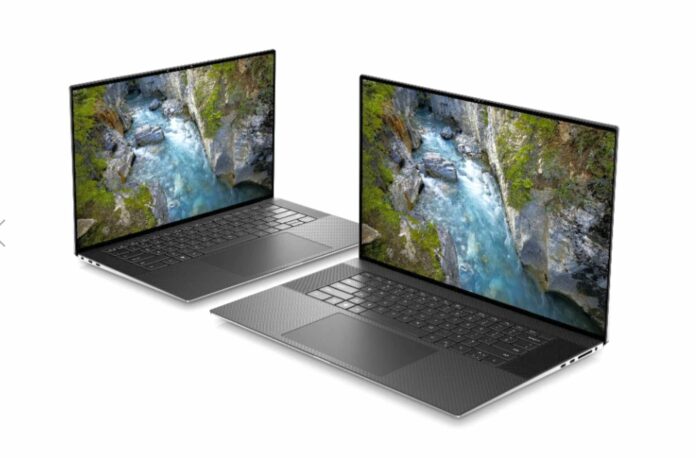 Until we get 21-inch notebooks, the 17-inch form factor is what I’m recommending for people who work from home. Working from home is the new normal for an increasing number of us, and technology firms—most recently including Twitter—are moving to leave most of their staff at home even after we eventually get (if we ultimately get) a working antivirus vaccine. With travel restrictions likely to be sustained for several years, moving to a form factor that better fits the new normal is ideal.

Now what is interesting about the Dell XPS 17, which launched this week, is the product range, and I particularly like the edges where the cheapest product in the line is adequate for most employees. The top of the line is ideal for those who need the performance of a mobile workstation and future-proofing.

The Argument for 17-Inch or Larger Laptops

This recommendation comes down to the new usage model. Previously with laptops, we were mostly focused on traveling on airplanes, and the size of the screen was limited to what you could use in a coach seat. You also were concerned about weight, because you were carrying this along with all of the other stuff that you needed on a trip. So size had to remain small; it wasn’t that you didn’t want a larger screen—it was simply impractical.

But the new normal has you mostly working from home, occasionally going into the office and mainly staying off planes. Now, rather than using a backpack, you may just lift the laptop, and because you aren’t attending a lot of group meetings, even long battery life may not be necessary. Instead, you want the closest thing to a portable desktop that you can get, and right now, that is a 17-inch form factor.

Now what makes the XPS17 stand out (pictured at right, next to Dell XPS 15) is an attractive design and a ton of range in terms of configurations. The base configuration comes in at just under $1,500, and the 10th-generation Intel Core i5 is more than adequate for most of us who mainly live off cloud or enterprise services and don’t need workstation performance.

At the other end of the range is Dell’s fully loaded offering with a 4K 500-nit display and an NVIDIA GeForce RTX graphics system. RTX is NVIDIA’s most advanced hardware using ray tracing, which represents the future of graphics. The RTX technology provides users with a stronger platform for content creation, gaming and video editing, resulting in one of the most powerful laptops you can buy.

So, at one end, you get the basics most needed to work at home at a reasonably affordable price, and at the other end, you get a performance powerhouse that is a bit ahead of the technology curve and should be more than adequate for 24 months.

All products come with Wi-Fi 6 for high-speed connectivity, tons of ports (including four high-speed Thunderbolt ports), advanced microphones and speaker for both entertainment and those Zoom meetings we are learning to live with, and an SSD ranging in size from an adequate 256GB to 2TB (for those who need to work on huge files).

The baseline model comes with a 90W power supply, while the top of the line comes with a 130W power supply. As noted above, this usage model almost always has you near a plug, suggesting that, in the future, an embedded power supply may show up in future products in this class. For now, you may only need the 56WHr battery as a result but, in case things change, I’d go for the larger 97WHr battery. This is because even though I generally won’t need it, if/when I do I’ll want the resulting 10Hr-plus battery life it should provide.

Shifting our mobility needs from travel to working from home should shift priorities from portability, small screen size and battery life to performance and a far larger screen. That, until there are 21-inch products in the market, should take us to the 17-inch class. In that class, the Dell XPS 17 appears to have the greatest range of performance with the products at the edges, better meeting the needs of the widest variety of users.

It doesn’t hurt that this is also a pretty box and one that should also help with your entertainment and Zoom meeting needs (the camera is much higher on a 17-inch notebook, making it less likely our audience is commenting on your nose hair trimming skills). Given we are living in a new normal, our laptop preferences have to change to address our need for something that is like a desktop but allows us the mobility to watch the kids, the pets or just move around the house as needed while we work.