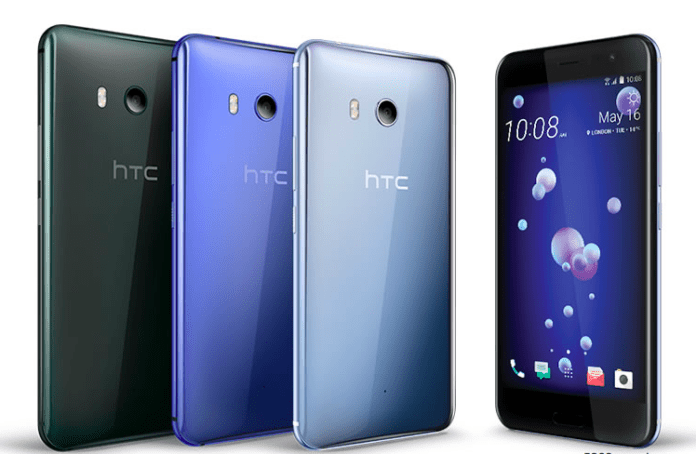 HTC and Huawei have unveiled several models of smartphones that will priced at up to $400 off for Black Friday shoppers, along with Cyber Monday deals from HTC.

Buyers of the HTC Bolt phones will also receive a free Fetch fob. The Bolt phones only operate on the Sprint and Boost Mobile networks.

Squeeze Phones the Next New Thing

The HTC U11 is a 4G LTE smartphone that features a 5.5-inch quad HD Super LCD curved display (2,560-by-1,440 resolution) that’s covered with durable Corning Gorilla Glass 5, a Qualcomm Snapdragon 835 octa-core 64-bit processor, 4GB of memory, 64GB of built-in storage and a microSD card slot for storage cards up to 256GB.

The HTC U11 also includes HTC’s new Edge Sense feature, which allows users to squeeze the phone by its sides to choose and switch apps, take photos and more, giving users a new way to control their handsets.

To take a photo, users can hold the device, squeeze its sides, smile and take a photograph. Sending texts uses a similar process, by lightly squeezing the edges of the phone, verbalizing a message and sending the text, all using the HTC Edge Sense for Voice to Text capability.

Users can also customize the squeeze gesture, allowing them to open emails or apps with a squeeze as well. In addition, users can use advanced touch settings that use short squeezes or long squeezes to pull up other functions at will. HTC claims the Edge Sense features work whether users operate them using bare or gloved hands.

Rounding out the U11 phone is a 3,000mAh rechargeable battery, a quick charger and several other connectivity options, including Bluetooth 4.2, WiFi 802.11 a/b/g/n/ac (2.4 & 5GHz) and near-field communications (NFC). The handset includes one USB 3.1 Type-C port.

The Bolt includes a 5.5-inch quad HD display with a Corning Gorilla Glass 5 cover, a Qualcomm Snapdragon 810 octa-core processor, 3GB of memory, 32GB of onboard storage and a microSD slot for memory cards up to 256GB. Also included is a 16-megapixel main rear camera with auto-focus and optical image stabilization, an 8-megapixel front-facing camera, a 3,200mAh battery with Quick Charge capabilities, and built-in water and dust resistance.

The HTC holiday sale also offers buyers 50 percent off accessories with the purchase of a new smartphone. Cases for the HTC One M8, M9 and A9 smartphones are also on sale for $5 each.

Huawei’s smartphone and laptop deals begin Nov. 22 and continue through Black Friday, with the company’s Mate 9 smartphone being priced at $400, a $100 discount from its normal price of $500. The Mate 9 has a 5.9-inch full HD touch-screen display, a unibody metal frame, 4GB of memory and 64GB of onboard storage. It features a Kirin 960 chipset with an ARM Cortex-A73/A53 octa-core processor and a Mali G71 octa-core graphics processing unit and runs the Android 7.0 Nougat operating system.

The Mate 9 also includes a dual-lens camera that was co-engineered with lens and camera maker Leica. The second-generation dual-camera module includes a 12-megapixel F2.2 RGB color sensor, a 20-megapixel F2.2 monochrome sensor and enhanced image fusion algorithms that combine to improve photographs over the earlier generation of the system.

Also integrated in the main camera are optical image stabilization along with a Hybrid Zoom feature that uses laser focus, phase detection focus, depth focus and contrast focus to focus and capture images. The Mate 9 also includes a 4,000mAh high-density battery, along with quick charging capabilities that provide a full charge in 20 minutes.

The handset is available with its special holiday pricing through Amazon and Best Buy.

Huawei is also offering discounts of up to $150 on its Huawei Watch 2 smartwatch models, as well as a $300 discount on its MateBook E laptop, which normally sells for $800. MateBook X laptops, which normally sell for $1,200, are discount priced starting at $800, depending on configuration.

The smartwatches and laptops are being offered with the sale pricing through Amazon and Newegg.com through Black Friday.