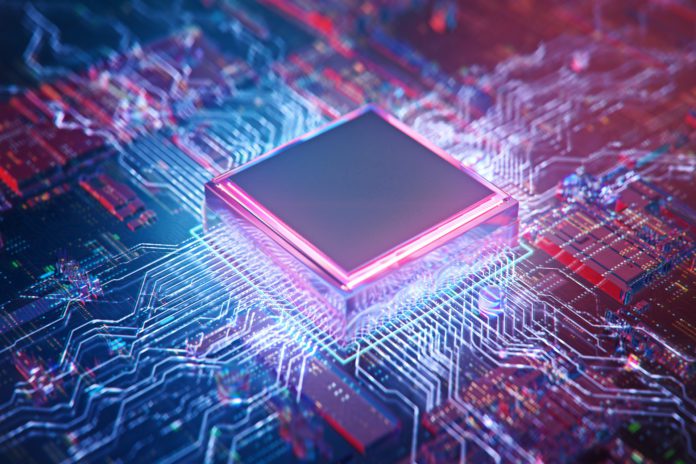 Pat Gelsinger was one of the front runners to take over Intel years ago when he was asked to take over Larrabee Microarchitecture; that effort was supposed to finally give Intel a high-end GPU that could compete with NVIDIA and AMD. However, the project ran into big challenges.

While internal reporting indicated things were going surprisingly well – few to no problems – the reality was far different. Rather than taking over a project that was in good shape, Gelsinger was handed a disaster. One of the best managers in the company, having been mentored by Andy Grove and incredibly well regarded, he should have become CEO in the early 2000s, but, instead, he was forced out – though of course he had a successful career at EMC and Dell.

Well, Pat is back running Intel. And now Arc is Intel’s coming GPU line. At Intel’s architecture event this week, they showcased that Arc is no Larrabee; it is a potential game-changer.

Let’s explore Intel Arc (as in Story Arc) this week.

In the GPU market, there are currently two technology providers that dominate the segment. They are AMD and NVIDIA.

On paper (and that is all we have now), Intel’s Strategy could eclipse both vendors’ offerings, providing the equivalent of the best of each in the Intel Arc platform. Until there are parts to test, and both AMD and NVIDIA release their next-generation offerings that will compete against Arc, anyone’s ability to point Arc truly being better is minimal.

Typically companies, and I’ll include old Intel, like to talk Strategy but operate tactically.  And, up until Arc, Intel’s Strategy seemed to be good enough for the integrated graphics market, effectively locking out their more robust competitors.

Still, with AMD moving to their APU strategy, this relatively safe approach couldn’t be continued, mainly if NVIDIA acquired ARM and did their own APU (a blend of CPU and GPU).

In addition, eventually, on this path, the gap would become too large, and with the market increasingly using GPUs as accelerators for AI loads, Intel could find itself increasingly locked out of the markets it once dominated. To eliminate this long-term strategic risk, Intel, with Arc, has moved to try and take technology leadership.

It’s risky, and neither AMD nor NVIDIA will take this risk sitting down, but the dire outcome if Intel didn’t do this was unacceptable to the company.  Arc is one of the most strategic efforts ever to come out of Intel.

With Larrabee being a near-perfect example, you can have an over-promise under-execute problem like any new architecture and product. That risk exists with Arc as well.

However, Pat’s experience with Larrabee and its impact on his career should make him doubt that Arc won’t be another Larrabee. You don’t forget an experience like that, and Pat is far from stupid, so he is undoubtedly making sure the same kind of behavior that surrounded Larrabee won’t exist around Arc. Pat will undoubtedly make sure that Intel doesn’t overpromise and not deliver this time.

Arc, Intel’s new high-end graphics platform, enters a market currently dominated by AMD and NVIDIA. It is so promising to outperform the products provided by these competitors and offer a better integrated CPU/GPU bundle than NVIDIA can do before merging with ARM. That merger likely represents one of the greatest threats to Intel because of ARM’s dominance with Smartphones and Tablets, which may soon evolve to make PCs redundant.

Intel is working to make sure that doesn’t happen, and their efforts this week at Architecture Day indicate they are on track to surprise the market – and not in a bad way.