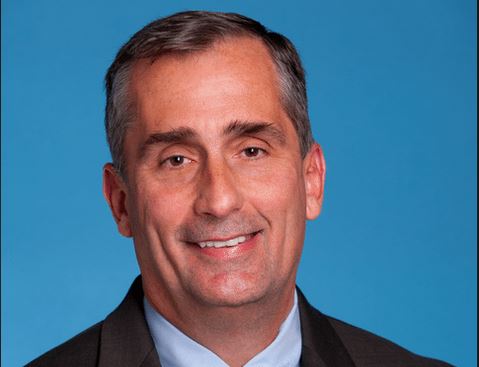 Intel, which along with IBM and both Hewlett-Packards are among the most established, straight-laced Silicon Valley corporations of them all, reported June 21 that its Chief Executive Officer, Brian Krzanich, has resigned after admitting a consensual relationship with a company employee.

Krzanich, 58, had served five years as CEO. The company said he violated a non-fraternization policy that applies to managers. Outside of a news release on the company’s website, Intel declined to provide any more information about the relationship.

“The board believes strongly in Intel’s strategy and we are confident in Bob Swan’s ability to lead the company as we conduct a robust search for our next CEO. Bob has been instrumental to the development and execution of Intel’s strategy, and we know the company will continue to smoothly execute. We appreciate Brian’s many contributions to Intel,” Intel Board Chairman Andy Bryant said in a media advisory.

As interim CEO, Intel said, Swan will manage operations in close collaboration with the company’s senior leadership team. Swan has been Intel’s CFO since October 2016 and leads the global finance, IT and corporate strategy organizations. He previously spent nine years as CFO of eBay Inc.

Earlier, he was CFO of Electronic Data Systems Corp. and TRW Inc. He has also served as CEO of Webvan Group Inc.

In the past, other CEOs have lost their jobs after violating workplace behavior standards, either because of affairs or through other incidents, including at Mark Hurd at Hewlett-Packard (2010), Harry Stonecipher at Boeing (2005), Brian Dunn at Best Buy (2012)  and Darren Huston at Priceline (2016).

Krzanich, who took over as CEO from the late Paul Otellini in May 2013, had been presiding over Intel’s pivot toward becoming more of a data-centric IT provider, weaning it off dependence on the slow-moving personal computer and server markets. During his tenure, Intel made some major acquisitions, including the Intel’s $15.3 billion acquisition of Mobileye, which makes chips and software used in driver-assistance systems and self-driving cars.

Krzanich’s total compensation last year was $21.5 million, according to executive compensation firm Equilar. The New York Times listed him at No. 60 in an annual ranking of highest-paid C.E.O.s in the United States.

Intel’s common stock price, which has risen during the past year, slid 2 percent on June 21 to $52.40 in late-day trading.