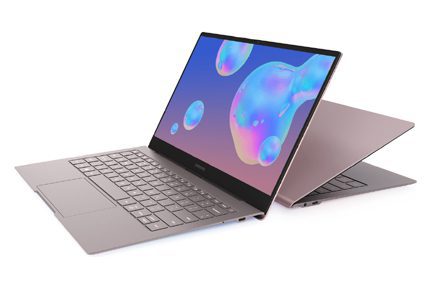 Some time ago, Microsoft and Qualcomm announced the Always Connected PC, which was based on Qualcomm Snapdragon processor technology. This platform shifted the value proposition for the laptop computers that followed this announcement from system performance to network performance.

The first systems worked, but they took a significant performance hit—more than most users were prepared for—and the products didn’t sell well. The second generation has been much better, but the lack of 5G and Wi-Fi 6 support had me thinking that the third generation might be a charm and represent a real threat to x86 dominance in the segment.

Intel entered this segment this week with its very intriguing hybrid processor, code-named Lakefield. Now the interesting part is that one of the laptops coming with this new processor, the Samsung Galaxy Book S, already ships with the Qualcomm solution and will gain the Intel option as an alternative later this month.

Let me explain why this competition is good for Qualcomm, Intel and even Microsoft.

The Always Connected PC is currently a bridge product going from the largely disconnected world that existed when PCs were created to the coming world where they will become more like terminals running all their apps off the cloud. We are not ready to make that considerable step yet, but one of the gating factors is that to make that step viable, you need a system that is literally always connected. Most laptops don’t ship with WAN support, and 4G was never adequate in terms of network performance, to the needs of a user that would be living off the cloud.

This technology rollout, therefore, becomes a cart-and-horse type issue. Users aren’t likely to want to shift the cloud until they have a system optimized for that work, and they aren’t expected to buy such a system until the cloud option is mature and viable. One of those things must happen first–and while Virtual Windows is out–it still needs to mature, and the hardware for it, ideally, would be Always Connected PCs.

But a bridge product must perform the old way well and the new way well, so people will buy it and then pivot their use from local to the cloud. But if you only have a limited set of products that don’t have much marketing behind them, it is tough to get to critical mass in the installed base.

Intel’s entry into the segment provides both more products and, potentially, more interest in laptops like this. It will be far more interesting to make competitive comparisons when you are talking apples-to-apples systems, like the two versions of the Samsung. Besides, the foldable screen on the Lenovo Fold should draw attention to that unique design and this always-connected form factor as well.

The other handy part of this competition is that both Intel and Qualcomm are approaching this segment very differently. Qualcomm, as you would expect, is leading with wireless performance and a feature-rich platform grown out of its smartphone dominance. Intel is leading on its entrenched market share, compatibility with Windows, far deeper relationship with the OEMs and what’s left of the Intel Inside demand-generation program.

Qualcomm was first, and it has the most design wins to date, while Intel has pulled back significantly on its marketing and developer efforts, making this a fascinating horse race to watch.

Intel just entered the Always Connected PC segment, helping validate it as we prepare to shift desktop processing even farther into the cloud. This entry should strengthen the segment and allow Windows machines to better compete with Chromebooks for what will be a coming wave of mobile terminals tied to cloud services. This pandemic has showcased a significant need to go back to centralized, secured and managed personal computing resources.

The path to get there are these Always Connected PCs, and Intel’s entry further strengthens the segment while providing customers with more choice. I’m looking forward to seeing the benchmarks when the Intel version of the Samsung Galaxy S (pictured) hits the market. I expect that Qualcomm will have the better processor and Intel the better system performance but, given this is a brand-new Intel hybrid part, the competition will be fascinating, and the beneficial impact on the segment far more certain.