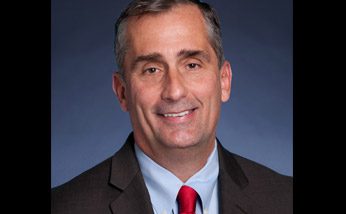 When Paul Otellini announced in November 2012 that he was stepping down as CEO of Intel, some analysts saw it as an opportunity for the giant chip maker to bring in an outsider who was unencumbered by Intel tradition and could better steer the company into new growth markets.

The lengthy search for Otellini’s replacement further fueled the speculation that for the first time, Intel would choose a CEO who did not come from its own ranks, with some outsiders—including ex-Motorola CEO Sanjay Jha—being named as possible successors.

However, when COO Brian Krzanich was named the new CEO May 2 after a five-month search by the board of directors, the reaction in the industry was decidedly mixed and did little to stem the debate over the company’s future. Some analysts said that it made sense for Intel to promote from within, and Krzanich’s experience on the operations side of the company will help as Intel looks to build up a foundry business that will leverage the company’s massive manufacturing capabilities.

Others believe that at an important inflection point in the company’s history—as it tries to make inroads into the mobile device space and to expand into other growth areas such as networking and software—that Intel missed an opportunity to make a bold move with a leader from outside its walls.

“We view the selection of Mr. Krzanich as the company staying the course and not a positive development,” Piper Jaffray analyst Auguste Gus Richard wrote in a research note. “In the post-PC era, the company needs to transform the company and culture to adapt to a changing landscape. We continue to believe Intel needs to license ARM and focus on becoming a direct-to-OEM foundry. Promoting the COO is doubling down on the manufacturing roadmap and does not address the issues the company is facing.”

Intel’s story is familiar by now. It’s the top chip maker for PCs, but the global PC market—under siege by the growing popularity of such devices as smartphones and tablets—is seeing sales continue to slow, putting a financial crush on companies like Intel, Advanced Micro Devices, Hewlett-Packard and Dell, all of which are looking to expand their businesses and reduce their dependence on PCs.

Intel is aggressively improving the performance and power efficiency of its x86-based Core and Atom processors to make them more attractive to mobile device makers. Currrently the bulk of smartphones and tablets are powered by chips designed by ARM and made by Qualcomm, Samsung, Nvidia and others.

Intel also is extending its reach into a range of other areas, from networking—and the highly competitive software-defined networking space (SDN)—and microservers to software and the cloud. At the same time, it’s looking to grow its foundry business building chips for other companies, such as Altera. For some analysts, such areas as the foundry business and microservers call for a CEO like Krzanich and his strong operations background. While the current competition with ARM is focused on the mobile space, it soon will expand into the data center—in microservers—and embedded space, according to Jack Gold, principle analyst with J. Gold Associates.

“Intel must refocus on the technologies it needs to compete in the arena, as the eventual numbers of chips sold into this space could be massive,” Gold wrote in a research note. “An operational, rather than a more parochial approach (e.g., Core vs. Atom vs. Xeon) will help the company longer term. Hopefully an operations focus at the top will limit the amount of infighting in the various business units that caused Intel in the past to move less aggressively in certain areas than it should have (e.g., Atom in mobile).”

Others are not so sure. For a company facing such a large number of changes and challenges, now was the time to bring in a fresh perspective, some analysts said.

“We view the selection of Mr. Krzanich as the company staying the course and not a positive development,” Piper Jaffray’s Richard wrote, saying that Intel “is doubling down on the manufacturing roadmap and does not address the issues the company is facing.”

“An external candidate might have been a better choice—with no negative reflection on Brian—simply because of the juncture Intel is at with what’s happening in the PC market and the need to take major action outside of PCs,” Cody Acree, an analyst at Williams Financial Group, wrote. “Brian may very well come in and make those same very difficult dramatic choices, but it’s less likely. Maybe an external candidate with a fresh set of eyes without being beholden to any legacy business division, personnel or strategy might have been better.”

For his part, Krzanich is saying that he understands the shift to mobile and has outlined a strategy with Intel’s board of directors to address it.

“You’ll see actions over the next couple of months that will start to unfold what that strategy is,” Krzanich said, according to Bloomberg. “We see that the world is becoming more mobile. We see that the growth is moving towards those areas, and we believe we have the right assets, right product capabilities to go into those at a much, much faster rate.”

There are a handful of tablets and smartphones that currently run on Intel chips, but company officials expect those numbers to grow rapidly this year and into 2014 with the launch of such systems-on-a-chip (SoCs) as “Haswell”—the next-generation Core processor—and “Bay Trail” and “Merrifield,” both of which are Atom chips.

Piper Jaffray’s Richard is not so sure.

“We believe the rise of mobile and the decline of the PC has radically altered the semiconductor landscape,” he wrote. “In this transition, Intel has lost its near monopoly status, as PCs are no longer the growth engine of the semiconductor industry. Mobile and ARM have ascended to dominate the microprocessor landscape. We believe the mobile ecosystem wholeheartedly rejects x86 and by extension Intel.”

However, those looking for a more radical approach than Krzanich were heartened by the elevation of Renee James, currently is executive vice president and general manager of Intel’s Software and Services Group, to company president, and possibly setting her up as Krzanich’s eventual successor.

“This is an important promotion, and it clearly signals the board wants to make Intel a much broader company, with increased emphasis/reliance on software and services,” Gold wrote.

James has been instrumental in building Intel software business, both through internal development and through acquisitions of such companies McAfee and Wind River.