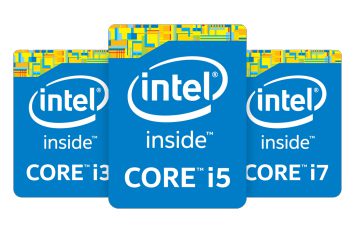 The fact that more and more people around the world are now using smartphones for most of their personal and business communications instead of laptop and desktop PCs has been a cloud hanging over Intel for years.

Now that cloud has begun to rain on the company, and to protect itself it’s using layoffs as an umbrella.

Worldwide PC sales have slipped 10 percent in the last 12 months and continue to recede as companies such as Apple, Samsung and LG keep selling smartphones with non-Intel chips—although those sales are also slowing down. eWEEK reported on April 19 that iPhone sales in Q1 2016 are down a stunning 43 percent.

Perhaps this is a sign that users all have enough connected devices at this time.

All of this hits Intel, the world’s largest PC processor maker, right in the gut. The Santa Clara, Calif.-based chip maker revealed April 19 that it will cut 12,000 jobs globally, or 11 percent of its 107,300-person workforce, as the company starts to move away from its longtime business of selling PC processors and gravitate toward developing other types of chips.

Intel has been focusing more and more on designing and building chips for IoT-related sensors and for servers that process large amounts of data on the backend. The company made a crucial decision years ago not to move into the low-power chip market for smaller mobile devices, such as cell and smartphones and tablets. That decision is directly affecting the company now.

Intel, on April 19, also said that its Chief Financial Officer, Stacy Smith, will move to a new job heading sales, manufacturing and operations. Intel said it would soon begin a search process for a successor.

Intel also said it would record a pretax restructuring charge of $1.2 billion in the second quarter. The company’s stock price was down 2.4 percent in after-hours trading to $31.20 at 2:30 p.m. Pacific time.