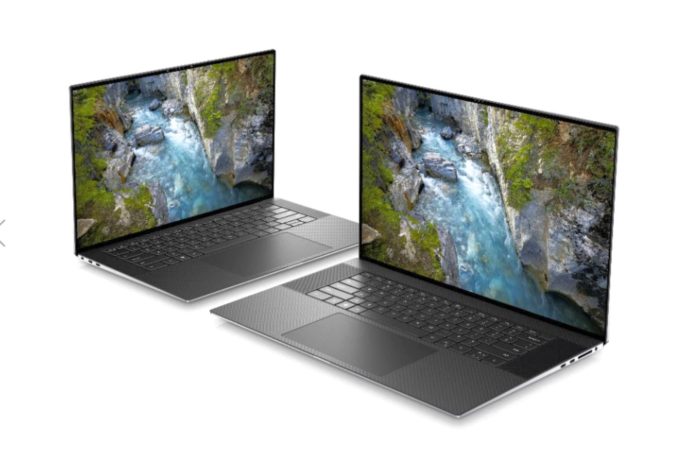 As we reach the end of the year, I like to first look back at the products that I think helped define a segment and then look forward to what I think will define the next year.

2020 was a year defined by the COVID-19 pandemic, but the products that came out this year were mostly defined before it hit. I’m going to focus on products from the largest PC vendors: Dell, HP, Lenovo and Microsoft. I then will pick the one product I think best showcased how these firms entered the market and the one product that is likely the best choice for the way we now work rather than the way we used to work.

The HP Elite Dragonfly was a breakthrough product, and it was revised for 2020, adding either 5G support or Tile support. The more critical 5G support hit a wall due to problems with the technology supplier; however, it was still one of the most balanced blends of design, focus, weight and features to hit the market this year.  It was also the personal project of Andy Rhodes, who played the Steve Jobs role in its development, making it one of the few products that broke out of the “Personal” process highlighted as sexist in the book “Technically Wrong.”

I think products should be designed to meet real people’s needs, not personas, and this product did that. It has a beautiful, unique color, the full suite of HP’s security offerings (which was particularly helpful during the pandemic because individuals were being targeted), and a design that was both sleek and a little organic.

It held its own all year long and looked as good at the end of the year as it did at the beginning.

With Qualcomm, Microsoft started an initiative called “The Always Connected PC.” Still, it didn’t bring out its compliant product until the Surface Pro X. Surface was supposed to be Microsoft’s defense against the iPod, particularly the iPod Pro. Still, mainly because it initially used an Intel processor, it didn’t compete with the ARM-based iPod Apple’s to Apple’s. As a result, the initial Surface products had similar sizes, better performance but horrible battery life.

The Surface Pro X changed that and resulted in a lighter product, had far better battery life, was always connected and tended to do, at least from the standpoint of business, what the iPod Pro did better than the iPod Pro did it.

As a result, the Surface Pro X was a far better alternative to the iPod Pro than any other product in the market–and for those mostly working from home and watching kids or pets when they were mobile. This product filled a need to have a laptop that could also be used as a tablet. As a result, the Surface Pro X is arguably the best real tablet-forward PC design in the market, and with its custom ARM chip comes the closest to what Apple is going to be doing with its MacBook lines and ARM.

This laptop was arguably the most innovative design to come to market in 2020, and the X1 Fold showcased Lenovo as the leader in innovation in the segment. It was showcasing what is arguably the best laptop with a foldable screen. This product explored the idea of creating a mobile product in a more modular fashion, so you could remove and use the foldable laptop screen like you would a portable all-in-one or leave it attached for a more PC like experience.

One of the few designs that looks like it would work better for women than men because it would fit in a woman’s purse when folded. This forward-looking offering would be ideal for a future where you still go into the office occasionally but don’t have a desk, cubicle or office that you call your own.

Of the products I’m covering, the Lenovo X1 fold has the most wow factor. It sets the stage for future laptops that can fold up or down when needed, improving the carrying efficiency of the product while also increasing the flexibility of its use. The X1 fold further cements Lenovo’s image as a technology leader in the PC segment and given they merged with the IBM PC company that created this segment, that is almost poetic.

Of the products I reviewed this year, the Dell XPS 17 is my favorite for those working from home that still needs to move around occasionally to oversee their pets or kids.  The extra screen real-estate and increased discrete graphics performance allow this laptop to transition between work and entertainment easily. This large screen design allows the product to meet the stay-at-home environment’s needs better; we find ourselves.

This laptop came the closest to a portable desktop of all the products I used, yet it was still light enough to carry and had enough battery life, so I didn’t have to search for wall plugs or carry the power supply. I think the XPS 17 also showcased Dell as a pragmatic solutions provider by being the best match to how we are working during the Pandemic.

The automotive exposed carbon fiber keyboard was nicely done and showcased a best practice of both using carbon fiber and presenting it in a way that users knew it was part of the solution.  The right product made XPS 17 one of the best products for our new standard for the right time.

With all the focus on laptops, I want to share that the PC I used the most this year was my AMD Threadripper Workstation from Falcon.  Tied to a 49-inch mammoth Dell monitor, this was where I spent my time, and I never lacked for performance or screen real estate. While this solution wasn’t mobile, I don’t have kids, and my wife watches the pets, so I could go into my office and work head-down for the day.

There is nothing like pure raw power, and no laptop can give you 49 inches of the screen yet, though with a wave of head-mounted high-resolution displays coming next year, that may change.  But, I’m getting ahead of myself, and we’ll cover what is coming next year after Christmas.

Here is hoping you have a fantastic and safe holiday and that your adventures take you where you want to go.