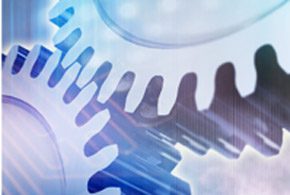 The crowds at CeBIT in Hannover, Germany couldn’t get enough of the MakerBot 3D printer, watching raptly as the machine churned out plastic objects in heavy, durable PLA (Polylactic Acid) plastic.

The MakerBot 2 and 2X printers are the leading edge in desktop 3D printing, and can create virtually anything that can be described with AutoCAD or other similar software.

MakerBot announced the advanced model 2X just before CeBIT and showed the commercial version of the MakerBot 3D printer at CeBIT. Like all printers, 3D printers work through a computer’s printer software. The device has a 100 micron resolution, and greater build volume than previous desktop 3D printers.

The new version of the MakerBot will create objects with a volume up to 410 cubic inches and can create objects as large as 11.2 inches, by 6 by 6.1 inches. The device is capable of making multipart objects.

The Replicator 2 and 2X use PLA filament plastic because it’s very strong, it’s not subject to cracking and it’s a biodegradable bioplastic resin. While the primary use of the MakerBot is to make prototypes of items that will be manufactured, the objects that it creates are quite sturdy. An effort to break a fairly thin plastic chain created by the MakerBot was entertaining, but unsuccessful.

The MakerBot works in a way that’s resembles the process of an inkjet printer as the print head moves repeatedly over the area where the object will be built applying countless layers 100 microns thick, eventually creating the object in the design.

The MakerBot stand at CeBIT was easily one of the most popular displays at the show, at times creating crowds numbering in the hundreds. The MakerBot, which is built in the U.S., is available worldwide.

What’s not available is the new MakerBot Digitizer, a 3D scanner which was announced by CEO Bre Pettis at the South by Southwest event in Austin, Texas on March 8, immediately after CeBIT. The 3D scanner will let anyone scan a physical object that can then be made by a MakerBot. The scanner uses a pair of lasers and a video camera. The camera records the reflections of the lasers and saves the data for use with the MakerBot.

The Digitizer will work with objects up to 2 by 8 inches. Theoretically you could digitize objects and archive the files so that the objects can be recreated later if they’re damaged or destroyed. Pricing and availability for the Digitizer haven’t been announced, although Pettis said in his announcement that it would be ready by fall, 2013. The MakerBot 2X Desktop 3D printer is available now and costs $2,799.