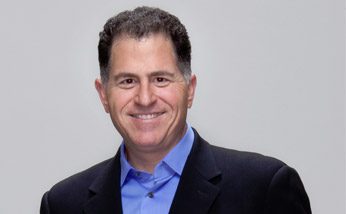 Dell Founder and CEO Michael Dell is laying out a vision should the company go private that includes hiring more salespeople, investing even more in PCs and tablets and aiming to become the market leader in servers next year.

He outlined his plans in a memo to employees that was included among other documents filed April 1 with the Securities and Exchange Commission (SEC), as the CEO pushes a $24.4 billion leveraged buyout plan that would take the world’s third-largest PC maker private.

The bid, developed with private equity firm Silver Lake Partners, was announced Feb. 5. The goal is to take the company private to help Dell and other company executives accelerate the strategy of reducing the vendor’s reliance on the contracting PC market by making it more of an enterprise IT services provider.

The Dell-Silver Lake offer of $13.65 per share has been criticized by some large Dell investors, including Southeastern Asset Management and T. Rowe Price, which believe it undervalues the company and enriches Michael Dell at the expense of shareholders. They have vowed to vote against the deal. In addition, two competing bids, from private equity firm Blackstone Group and activist investor Carl Icahn, are being contemplated by the Dell board of directors and the committee it created to consider offers for Dell.

On March 29, Dell filed 274 pages of documents with the SEC, outlining steps by the special committee from the time in August 2012 when Michael Dell first broached the idea of taking the company private. Analysts saw the documents as Michael Dell’s and the committee’s way of outlining the arguments in favor of the Dell-Silver Lake bid, and proof that the committee has done its due diligence.

Part of the argument was that the Dell CEO and other executives needed the freedom—away from the harsh glare of Wall Street and the demands to meet quarterly financial targets—to accelerate the transformation of the company, which will include moves that would sacrifice short-term profits for long-term gains, something that would be difficult to do as a public company.

In the memo to the employees, Michael Dell gave workers an idea of the directions he would take the company once it was private. One of the goals would be to become the world’s top server maker, overtaking rivals IBM and Hewlett-Packard. He noted the success of his company’s converged data center platform, Active Infrastructure. According to IDC analysts, Dell was third in worldwide server revenues in 2012, with 15.9 percent of the market. IBM led with a 30.7 percent share, followed by HP at 27.6 percent.

“I’ve challenged this team [at the company’s Enterprise Solutions Group] to take the No. 1 position for server market share in FY14,” Dell wrote. “It is an exciting and achievable goal, which will put us in a strong position as converged infrastructure increasingly places compute at the heart of the data center.”

In addition, Michael Dell said he would invest more in PCs and tablets, despite the downward sales trends in PCs worldwide, thanks in large part to the rapidly growing popularity of tablets and smartphones. He noted that currently, the company’s PC strategy was centered on maximizing gross margins. After the buyout, that focus would change to “maximizing revenue and cash flow growth with the goal of improving long-term sales and competitive positioning,” he wrote.

Other efforts would center around growing the sales force, expanding the relationships with channel partners, and investing more in training for both internal salespeople and the channel. In addition, Michael Dell wants to grow R&D investments, increase capital expenditures and buy more companies. Dell already has spent billions in acquisitions to expand its capabilities in everything from storage and networking to services, security and software.

“Dell’s strategy of becoming an integrated provider of end-to-end IT solutions is expected to require additional investments in converged infrastructure solutions, software, cloud solutions, application development and modernization, consulting and managed security services,” Michael Dell wrote. “In addition, it is likely that we will need to make additional acquisitions to complete our transformation.”

He also plans to aggressively compete in emerging markets in such regions as Asia, South America and Eastern Europe, and to continue simplifying the customer’s relationship with the company.