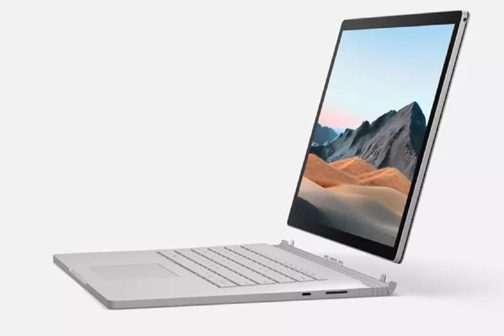 Most laptops follow one of three paths: They are either a traditional clamshell laptop, a laptop where the screen folds all the way over to create a heavy tablet that folks don’t use, or a laptop with a removable keyboard that turns it into a tablet that few use in that manner. The Surface Book 3 has a fully functioning tablet that can be removed when you need the tablet function. However, when connected to its high-performance base, it is like you added a supercharger with a nitrous injection to your car; suddenly you have a high-performance notebook that is arguably a portable workstation.

I was at the launch for the first Surface Book, and it reminded me a lot of how Steve Jobs used to launch products—in which he had, in the end, a “One-more-thing!” surprise. The surprise, in this case, was that removable tablet. Why I’m fascinated by this product is that it is the first successful implementation of modular PC design.

You might recall that we almost started with modular computers with the IBM PCjr. Still, IBM effectively crippled it, killing it in the market. IBM again came up with a modular concept in the late 1990s but chose to defund it before the launch. The Surface Book showcases that if you don’t cripple the product and adequately fund it, a modular design can work.

Let’s talk about the Surface Book 3 this week.

The Surface Book is the most unique product in the Microsoft Surface line; it has a very distinct and, I think, attractive look that allows it to stand out from other laptops. That is part of its appeal; for those who don’t like to look like everyone else, this product stands out as the most innovative in the Surface line.

As noted, the Surface Book is a modular design that allows a user to either have the product in notebook form or leave the performance base behind to have a light tablet. It comes in two sizes, 13 inches or 15 inches. You will tend to migrate to the smaller option if portability is your primary concern but will prefer the larger option if performance is instead your goal.

In use, I expect those getting the 13-incher will have an office setup with a dock and an external monitor, while the 15-inch user needs the larger screen because he or she can’t use the monitor/dock configuration often enough.

I personally think the 15-inch version of this product makes the most sense because it provides both the greatest performance range and the best battery life in both tablet (4.3 hours versus 3 estimated) and in notebook form (17.5 hours versus 15.5 for the 13-incher). You do pay a premium in weight though with the 13-inch product (with the performance base) at 3.62 pounds, and the 15-inch version is a tad over a half-pound more at 4.2 pounds. But given this is effectively a portable workstation and those are often 6 pounds-plus, I think that trade-off is more than acceptable.

You can also get a less-expensive Intel Core i5 version if you like the design but don’t need the NVIDIA graphics. In this case, you get the look and save a lot of money, but you don’t get the graphics that make this a portable workstation. This value-priced version only comes in the 13-inch size, but it is just short of a pound lighter than the fully configured 15-inch product, so it might appeal to those on a budget who don’t need the performance. I’m clearly not the target for this any more than I’d ever buy a Jaguar or a Mustang with a four-cylinder engine, but some do, and you still get a relatively rare notebook with a nice industrial design and a built-in tablet.

The Surface started as a hedge against the Apple iPad taking over the world, and since it was announced the iPad’s world-dominating momentum seemed to evaporate. It helped force people to see the iPad for its limitations, and even though most didn’t buy the Surface alternative, it did serve its purpose. But the Surface chased the iPad, it didn’t lead it, and this week’s Surface update also had an update to the Surface Go, which is far closer to an iPad-like device than the original Surface was or is.

The Surface Book is an entirely different beast. It doesn’t chase Apple; it is a showcase of Microsoft design. It is a product that would have, due to its unique nature, been exceedingly difficult for an OEM to build because it required operating system tweaks to make the removable tablet work.

In its current form, the 15-inch product with the performance base stands out with the most extended battery life, the highest performance, the largest screen and the greatest potential utility. The base i5 Surface Book stands out as the most affordable of the line where you get the look, but you don’t get the performance or the high price.

Now to make my Surface look better, I did go to Toast and purchase their leather cover for it. I found it made the laptop not only a ton easier to carry, but it resulted in a level of customization you still can’t get from any OEM. (They do wood covers as well.)

In any case, the Microsoft Surface Book 3 is, for the right user, a powerful tool and arguably one of the most innovative laptops ever created.