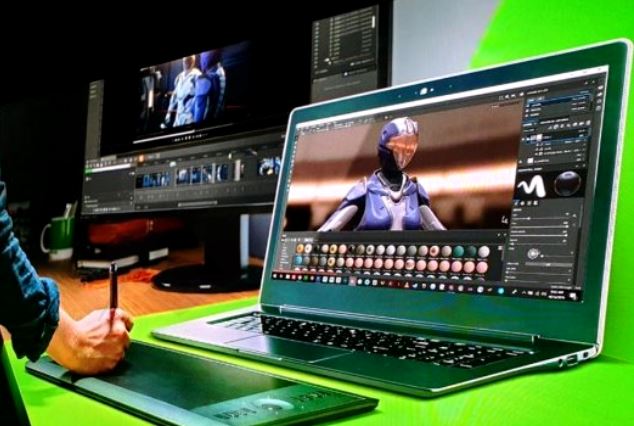 Typically, I’m not a fan of Computex, because there isn’t that much going on at that show. Apparently, that isn’t at all true this year, because a number of vendors announced interesting new products–some of them pretty impressive.

Case in point is the NVIDIA Studio solution, which was made available for use on 17 new high-performance laptops. NVIDIA has positioned Ray Tracing technology as the future for graphics but, to make use of it, developers must have access to the solution, and a lot of developers use laptop computers.

For some time, vendors have played with the idea of a special class of PCs for those who need heavy graphics support but are less focused on engineers or gamers and more focused on animators, image editors and digital artists. But most of these efforts have been desktop PCs, things like the Microsoft Surface Studio or Dell Canvas, but these were all-in-one desktop computers, not mobile devices.

Well, at Computex 2019, held this week in Taipei, NVIDIA stepped up to address this.

Let’s start by talking about where BYOD has always been the standard, and that is with workstation-class products. There are really only two areas where BYOD hasn’t been that new: the machines engineers use and Apple products.  Engineers have mostly always been able to specify their hardware—granted at a department level in many cases—and they simply have IT enable their decisions. This is because engineers not only know more about the hardware; they use more devices than the standard user. Software vendors who service the engineering segment tend to certify the hardware that will work best with their applications, and engineers would be foolish not to follow those recommendations.

The other group is Apple users who often must support what they get, largely because Apple sucks at dealing with IT. But Apple users have been significantly dominant in the creation space, suggesting that a huge number, if not the majority of graphics, photography, and animation users have specified their hardware as well but have been classified as Apple users, not BYOD employees.

So, this week at Computex, NVIDIA effectively answered the question: What would happen if you targeted these largely Apple platform users with a solution that was specifically designed for them? Since Apple really doesn’t design for any specific user group, could you better penetrate that segment with a new class of Windows products specifically targeting it?

So, NVIDIA put together a solution of hardware and software called “NVIDIA Studio,” and it is targeted at this significant creator-focused laptop opportunity. Now the resulting products use both the professional and the consumer Nvidia RTX technology and thus have a very wide scope in terms of both price and performance.

They’ve apparently included in the solution a software stack specifically targeting these content creators to make the solution more attractive and to help build up the number of people that can develop for Nvidia’s RTX architecture. These SDKs (software developer kits) increase performance, help with rendering, improve video editing speed and help with the RTX’s killer feature upscaling at scale.

This last is, to me, the most underrated feature of the RTX platform: relatively easy upscaling of older content.

I think the idea of creating targeted bundles by core technology suppliers is a good one. People often don’t know what hardware is best for them, and there are so many choices the odds favor the fact that whatever they buy won’t be the best choice. If companies like NVIDIA-create branded bundles that draw people into cross-vendor categories, the choice gets much easier. In this instance, moving from hundreds of choices to 17 (my personal favorites are the HP Omen X and the Dell Alienware M15), works. The many original choices can easily be cut down based on the range of configurations and the unique needs for each user.

I still think this would be a great solution for an AI company, particularly one tied to a platform like Linksys, which knows a lot about your professional life. It should be able to help you with every professional choice, because it already likely knows more about what you need than you do. But, until then, bundles (like this NVIDIA Studio) that cross vendors help fill this critical niche and enable professional PC users–in this case professional mobile PC users–find the right hardware. It is a step in the right direction.

Rob Enderle is a principal analyst with the Enderle Group and a regular contributor to eWEEK and other QuinStreet Inc. publications.