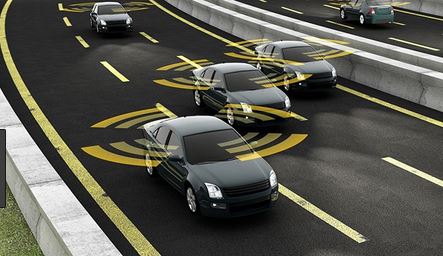 Few have any intention of ever driving on roads, and those that do are either not autonomous or are some strange car/plane morphing hybrid. I doubt whether this last class, promoted by large firms like Airbus, will ever make it into the mainstream, given their complexity and the ever-more-questionable need for road-based, long-term capability. It would seem that by the time a hybrid autonomous vehicle became viable, the need for its on-road based capability would have mitigated, which is driven by the range and existing regulation conformance.

This week Qualcomm had a big virtual event exploring its autonomous electric car technology. Still, this same technology could be easily repurposed to flying cars where it is more viable today. Autonomy in flying is more viable because the obstacles such as reading signs, anticipating obstructed dangers to the vehicle and high tolerance are mitigated if you are in the air. On the other hand, electric flying cars have massive range issues limiting their viability, which doesn’t affect electric cars because running out of power with them isn’t life-threatening (well, not usually anyway).

Let’s talk about how Qualcomm is moving to dominate the autonomous car space and spread to other things, like aircraft and robots.

Three essential things differentiate Qualcomm in the autonomous car space. Its experience with smartphones is far more collaborative than like firms have in their core markets. Car companies are very insular, and firms coming in with the attitude they are right–and car companies are wrong–which is often the case, won’t succeed. This collaborative approach has also made them closer to both Google for Android, increasingly used for in-car entertainment, and BlackBerry QNX is more commonly used for car control. This better allows them to create full solutions with these partners that better meet car OEM’s needs.

Neither BlackBerry nor Google are big fans of Apple, representing a growing threat, as that company moves to create a better Tesla to the existing car vendors. Sometimes a common threat–you may recall Apple has tried to put Qualcomm out of business–makes for stronger partnerships.

Second, Qualcomm has been working on telemetry longer than virtually all of its competitors, and telemetry is a critical aspect of autonomous development. These connected sensors can include cameras and LIDAR systems that allow the cars to see and avoid obstacles with lower processing overhead and better cost containment. As a result, they should be better, faster, or cheaper than alternatives, often excelling in two or all three categories.

Third, these vehicles are connected by nature. Qualcomm is the king of interconnecting, whether for software updates or warnings of future risks via vehicle to vehicle communications. Qualcomm is arguably the most potent communications vendor globally, which gives it a significant advantage in keeping the autonomous vehicle connected to the world around it.

In the end, these three advantages typically assure Qualcomm is at the top of any vendor list for auto vendors looking for a Level 2-4 solution. Right now, level 5 is out of reach though, at CES, Caterpillar did demonstrate working autonomous vehicles that showcase how to get to Level 5.

Once you can solve the relatively difficult problem of autonomy in a complex environment solving the same problem in a simpler environment is relatively easy. This position suggests that the solutions needed for things like autonomous robots, ships, and aircraft could eventually be Qualcomm, Google and BlackBerry’s sights.

Once you create an autonomous platform that is viable up to Level 4 (which may be as far as we go due to liability issues), you could use that same sensor/intelligence capability to automate most anything from other types of vehicles to warehouses and restaurants. It’ll likely take a while for folks to see these opportunities, but things will get interesting when they do.

Qualcomm this week, with partners like Google for entertainment (Android) and BlackBerry for control (QNX), showcased that they have a compelling argument for their autonomous car solution. We’ll likely see autonomous services like Lift first with the limited range before we can buy a full Level 4 autonomous car. But what makes this technology truly exciting is its other uses because they are limitless and will likely eventually evolve to make our new Pandemic normal, well, more regular, and far safer. By the way, keep your eye on another group that Qualcomm is in, the Thread Group, because they are on a path that could lead to rethinking how critical components in a car are logically connected.

It is interesting to note, GM, one of Qualcomm’s most extended partners, currently ranks at the top of the autonomous car stack beating out Tesla, arguably the most advanced car maker. That is both testaments to the power of this multi-vendor solution and why GM is on my short list for my next SUV, the Cadillac Lyriq.