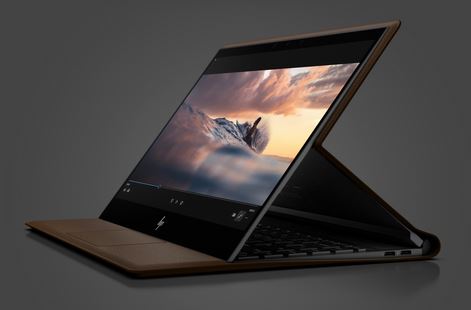 We are in a time of change for the PC market. The perception that the PC is dead or dying is, itself, dead or dying. The result is that the PC OEMs are again looking at new form factors to both differentiate and to better meet the changing needs of users—an increasing number of whom are millennials.

But it isn’t only millennials who are getting interested; there is a significant change in focus with regard to new devices toward women. Some of this is due to changing perceptions that resulted from folks reading best-selling books such as “Technically Wrong,” and some of it is that women are increasingly being integrated into design groups and are becoming far more influential in design.

One of the first products influenced by this change in design focus is the HP Spectre Folio, which came out a few weeks ago. I’ve carried it for much of the last week, and while I’m clearly not the target for this product—being neither a millennial or a pen user—I’m impressed. Here are my impressions.

This is the second product I’ve tried that is covered in leather. The last product, the IBM ThinkPad Transnote, was well ahead of its time, but rather than being a two-in-one (the concept didn’t then yet exist for a laptop to separate into a tablet) the technology just wasn’t up to the task. What it was good at, though, was it felt really good held, and this Folio has that same advantage. When carried, it feels like you are carrying a Portfolio; it feels good in your hand, and unlike the more common hard metal or plastic designs, is less likely to slip out of your hands if they are damp.

I don’t want to play down this feeling, because I typically carry my laptop in my backpack and carry that beast to every meeting. But with this product I just pocketed the power supply and carried the laptop alone. It changed my carry behavior, and if my back could have blessed a product, it would have blessed this one.

This is a mobile-forward design, so this isn’t a gaming machine by any stretch of the imagination. However, while I like gaming, I don’t like the carry weight of gaming laptops, so I rarely carry one. This won’t set benchmark records, but I mostly write stuff like this on a notebook and noticed no adverse performance impact with regard to web browsing, writing or video. Regarding video, the screen folds forward over the keyboard, making this an ideal laptop for watching movies on an airplane.

The downside to this is there still isn’t a solution for Amazon Prime movies that aren’t streamed, and you can’t yet stream movies on a plane. This is a Windows problem, and if any OEM could work with Amazon to create a solution, it would be HPI, and it would be a game changer. Thankfully, Netflix allows downloads on PCs now (though they are only on a subset of their catalogue), so you can use this to watch movies.

Also, with the screen folded forward and the Alexa app loaded, this thing effectively becomes a road-going Echo Show, which is also handy if you have become used to: 1) yelling important questions about weather; 2) getting alerts on your schedule, or 3) asking critical questions about the movie you are watching in your hotel room.

I’m often disappointed when an OEM creates a unique laptop design and then sticks a generic power supply with it that doesn’t reflect that design. While the power supply isn’t leather covered (and really doesn’t need to be), it does have a cloth-wrapped cord that nicely continues the somewhat retro design of a leather-covered product. It is small and easily pocketed, and the cord wraps and secures against the device very well.

I miss the magnetic connector that Apple used to have; Microsoft now puts it on Surface. I like this because I do trip over cords and hate to see my laptop fly off the table, but the leather cover makes this product far more able to survive falls than a more traditional design, making it less of a problem. It also uses USB-C, which means you can use it to charge most current generation smartphones as well in a pinch.

I’m not a pen user, and this product would ideally be used by someone who really likes pen input, because it has a strong affinity for this mode. The pen nests in its own slot on the side of the device securely (I’ve lost more pens than I can count and no longer carry them because of that). With this product, the pen stayed secured and the feel of the pen on the panel, to me, was very good (but, once again, I’m not a strong user of pens, so take this with a grain of salt). What really makes the difference is how nicely this nests in your hand in tablet mode. It just feels natural as a tablet and, to date, it is the first two-in-one I’d actually use as a two-in-one. In virtually every other case, the tablet mode on a two-in-one sucks; this doesn’t suck with this product, and this thing feels better as a tablet for work than most pure tablets do.

There is a massive change floating through the PC market largely driven by both the sense that there is money again in this market and a changing focus in design toward millennials and women. I personally might have used a color ranking to choose other colors for this offering, but that is very subjective, and I’d still argue that this is the best two-in-one tablet I’ve ever used, largely because I’d actually use this as a tablet. More importantly, this is really the first PC that I’ve felt comfortable carrying without packing it in my backpack (and I hate carrying my backpack to meetings because I sweat someone grabbing it or forgetting it by accident when I leave the meeting).

The HP Spectre Folio is only one of a wave of coming new laptop designs that likely will redefine how we use our laptops and showcases. To me, this is what a two-in-one should really look and feel like. Oh, one other thing: This laptop has built-in 4G wireless, which is critical to where the future is going—particularly as 5G rolls out in the next several years.

Always connected, more comfortable to carry and with decent battery life (just short of 8 hours in normal use), this product showcases a future that steps sharply from the past products that we were supposed to carry but largely sucked at being carried and particularly sucked as tablets. Impressively done!