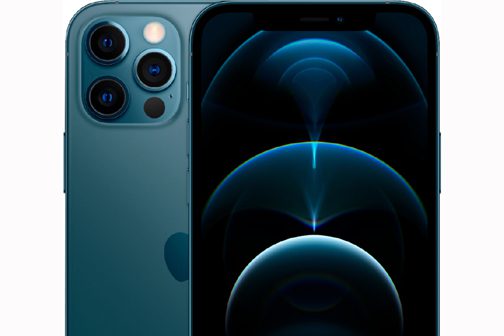 If you’ve been watching the Apple commercials for the past three weeks, you already know what the company thinks will happen if you buy an iPhone 12. You’ll become one of the beautiful people. You’ll be young, sexy and cool. You’ll become endowed with artistic capabilities you never knew you had.

But perhaps that doesn’t sound like you. Perhaps you think you’re a practical, thoughtful professional with some very real communications needs. Perhaps like many such professionals, your communications needs can be helped by higher bandwidth and lower latency tied to a powerful computing environment. In that case, Apple’s iPhone 12 can solve some real business needs, even if you remain just as old and boring as you were last year.

I tested an iPhone 12 Pro using T-Mobile’s network to see how it would perform in a real 5G environment. I also tried out its other features to see what might be compelling for a business user, given the price of the phone, which is going to be more than $1,000. I tested the operation in downtown Washington, D.C., near the White House, as well as in the DC suburbs. T-Mobile has both low-band 600MHz and midband 2.5GHz coverage in Washington in enough places to be meaningful.

It’s worth noting that Verizon has its millimeter-wave 5G in Washington as well, but coverage is best described as sparse. It exists on a few street corners. Verizon has midband 5G in spots, and AT&T has some coverage as well, but neither carrier has anything you’d call ubiquitous. Ubiquitous is what you find with T-Mobile’s 5G, which was essentially everywhere, including in basements of some buildings, inside tunnels and out in the distant suburbs.

The iPhone 12 was set to use 5G when available with a fall back to 4G LTE. The only areas where I couldn’t test 5G throughput were in mountain areas far from Washington. Otherwise, I used the official FCC speed test app to measure how well 5G worked. In areas with 600MHz 5G coverage, download speeds averaged slightly over 125 megabits per second. In areas with 2.5GHz midband coverage, download speeds were over 300 mbps. T-Mobile says that speeds of a gigabit per second are possible, but I didn’t do them in my testing.

What I did find is that 5G on the iPhone appears to have somewhat greater range than 4G LTE. I was able to find a usable 5G signal in areas where no LTE signal was available. This may have some relation to what Apple says are redesigned antennas on the iPhone 12 versus the similar iPhone 11.

LiDAR on the iPhone 12 Pro

Another much-discussed feature of the iPhone 12 Pro is the new LiDAR capability, which is able to provide precise measurements from a distance. This feature was originally developed for use with augmented reality, so that you could have a game take place in your own living room. Since the phone was released a wealth of apps have been released that take advantage of the LiDAR feature. These apps include 3D scanning designed to interface with a 3D printer, for example. There are also measuring apps, speed-detection apps and apps designed to accurately determine furniture placement.

The iPhone 12 Pro LiDAR also ties in with the upgraded camera. The ability to measure distances means that the phone’s autofocus works in the dark, which means you can get properly focused photos in low light. Apple supports its Portrait Mode with the wide-angle and ultra-wide angle cameras using LiDAR focusing. There are a number of apps available that use this capability to precisely focus the camera.

The new iPhone Pro camera includes a form of optical stabilization that shifts the location of the sensors to compensate for camera movement. This means that videos should exhibit less shaking due to camera movement. Couple this with the improved optical zoom lens, and the iPhone 12 Pro photography is as capable as any.

While the iPhone 12 looks very similar to the iPhone 11, it’s actually slightly larger with a 6.1-inch OLED screen. This makes the phone itself slightly larger than its predecessor, so your old case won’t fit. But the better display is a worthwhile upgrade.

The incorporation of 5G into the iPhone is a significant improvement, and for some users that alone will make it worth the upgrade. The LiDAR feature could be significant in some industries. It’s also an excellent phone.