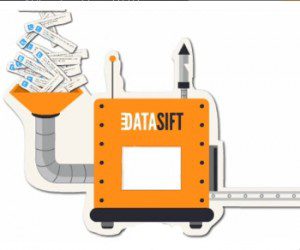 [WP_IMAGE]I got a sneak peak demo of the DataSift social sentiment monitoring tool at eWEEK Labs San Francisco office earlier this week. On Nov. 16 the company launched in the US, making its Twitter stream analysis and reporting tool available via the cloud and sold by subscription.Basically, DataSift licenses the full data stream from Twitter and enables subscribers to search tweet metadata and content.While it’s eerie to see how much information people are willingly supplying, the value to brand managers is fairly obvious. If you can see that some retail stores in your chain are breaking bad while others selling the same goods are generating positive customer sentiment, it’s possible this knowledge could guide quick, corrective action.DataSift is differentiated from Twitter Search and many other sentiment measurement tools by the data volume and data completeness. The company has access to the entire publicly available Twitter stream, the content, and metadata including gender and Klout score. For example, I was able to see only the sentiment generated about influential (at least theoretically) people who tweeted about eWEEK story content.It’s early days in enterprise social media, or in this case, the use of social media data by enterprises. It’s entirely possible that a tool like that from DataSift could help ferret out customer facing problems. The next step would be ensuring that the tweet-inducing problem gets fixed, if fixing is what’s needed.DataSift seems to have enough built-in smarts make IT managers look good while brand managers get busy monitoring sentiment and figuring out what to do to make customers like the business better.