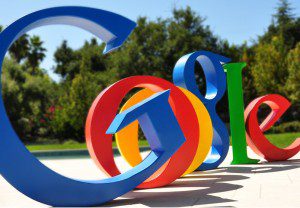 I’m no foodie; I happily prefer chicken-fried steak to Chateaubriand. But I’m excited by Google’s purchase of Zagat, not because it’s going to give me better dining information, but because the deal shows that Google is thinking more about content than algorithms.

This wasn’t Google’s first attempt at establishing a beachhead in restaurant reviews; the company made a stab at buying Yelp at the end of last year for half a billion or so, but Yelp rebuffed the search giant. (Personally, I’ve never been terribly impressed with Yelp; too many of its reviewers come off as twenty-something know-it-alls, and if there’s anything I learned in my thirties and forties, it’s how dumb I was in my twenties.) Like many grownups I know, I trust Zagat’s reviews far more than I ever would Yelp’s, but that’s not why this could matters.

This may mark the beginning of Google’s expansion into the role of content creator, but I see this as being more of an experiment than a commitment. When you consider the potential of Google+ and start backing that up with premier names in user-provided content – and there is no better example of the latter than Zagat – I see a lot of possible directions this could take.

But for this deal to go anywhere, Google’s going to have to put a small army of people to work on expanding Zagat’s listings, which are focused squarely on major metro areas, into something that’s as useful in Louisville as it is in Los Angeles. As part of that, it’s likely that Zagat expands from being a prestige listing for fancy restaurants, into a more broadly-focused tool, one that’s driven by a community of known users posting under their real names.

Therein, my friends, is where this could get interesting.