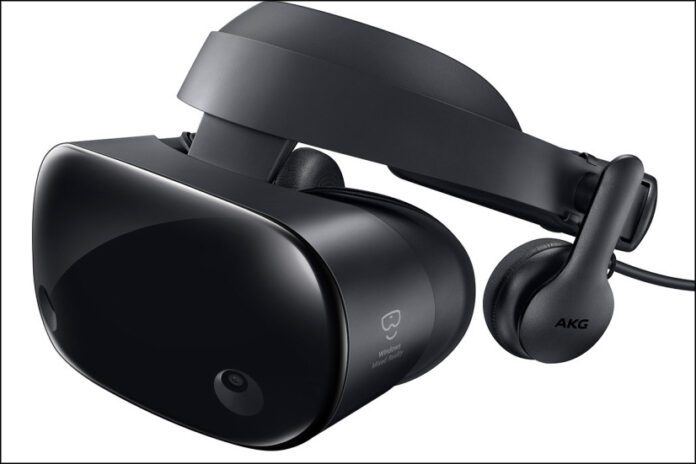 A little over a year ago, when Microsoft announced with a variety of partners a bunch of affordable headsets, only one stood out: the Samsung HMD Odyssey headset. This was because Samsung took the Microsoft specification as a suggestion and built what they thought the market wanted.

Yes, at the launch, their offering was the most expensive, but it was also the only one good enough, in my opinion, to use. They’ve just released a refreshed version of the product creatively named the Samsung HMD Odyssey+ for $499 (dropping the price of the Odyssey to $350, making it an instant deal).

Here’s why Samsung seems to get this righter than most of the others.

Let’s start with the older Samsung HMD Odyssey product. The new one basically has one big improvement, but I think it is worth the extra $150 to get it. What made the Odyssey stand out is that it had a pair of 2,800 x 1,600 AMOLED displays and built-in headphones. Most every other vendor participating in this launch used a far lower 1,440×1,440 LCD display setup and left off the headphones.

The result was a distinct screen-door effect and the awkward experience of first having to put on the headset, then–now that you are blind–finding and putting on the headphones. This also had the side benefit of making you look extra dorky when you were done.

The resolution was simply too low to give an adequate experience. While there still was a bit of a screen-door effect (this is when the image has a grid that looks like a screen) in the Odyssey, it was far less pronounced and the AMOLED colors far brighter, so it wasn’t near as annoying as it was in the cheaper alternatives.

In the end, Samsung got that this was something someone was going to wear for an extended period, which meant the display and the sound system had to be good enough so folks would both buy and use it.

This is incredibly important to a product ramp, because if your first user/reviewers hate the product, they’ll go on social media or the retail sites and negatively comment on it, which will very effectively cause buyers to avoid the product.

With only one basic advantage, you’d think I’d suggest that you buy the old product and save $150.  But that one trick is called “Anti-Screen Door effect”: It uses a grid to diffuse the light from each individual pixel and then duplicates individual pixels to fill the spaces around them. By doing this, they basically eliminate the remaining gaps that cause the screen-door effect (SDE) and make it look like the resolution is doubled.

So, for $150 you get double the resolution. They’ve also made improvements to make the headset more comfortable; the eye box is wider; the weight is down a tenth of a pound; and you can adjust the distance between the eyes (something that is critical to higher end products like Microsoft’s Augmented Reality solution Hololens).

One additional improvement that should have been a no-brainer is a “flashlight” function with the controller.  These headsets have cameras built into them. When you use the flashlight function, you access the cameras and can look around you to make sure you don’t hit anything, which is way too common with other products.

So, while they had me at the elimination of SDE, the improvements to comfort (jury is still out on “flashlight”) make the $150 delta between the old and new HMD Odyssey products a no-brainer.

While the Samsung Odyssey+ is currently the only low-cost VR headset I’d recommend (at the high end I prefer the HTC Pro), the problem with the industry still is tied to content.  I have yet to see a game that I want to play for hours, justifying the cost of this hardware.  Games pull hardware, not the other way around, and we still need some really compelling games that take this technology mainstream.

However, if you want VR headset that is affordable, at a quality level and you could play for hours, the Samsung HMD Odyssey+ stands out as the only one I can, right now, recommend. It is definitely good enough.