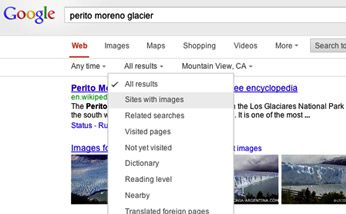 Google had already launched a new Google Search page design that displays more cleanly on tablets and smartphones, so now the company is rolling the new design out for desktop users.

So far, though, whether users love it or hate it depends on whom you ask, according to a wide range of comments left on the corporate Google+ page.

“You’ll notice a new simpler, cleaner design on the search results page—we’ve been working on ways to create a consistent search experience across the wide variety of devices and screen sizes people use today,” wrote Jon Wiley, lead designer of Google Search in a Nov. 6 post on the Google Inside Search Official Blog. “We started with tablets last year, got it to mobile phones a few weeks ago, and are now rolling out to the desktop.”

The new design offers “a bit more breathing room, and more focus on the answers you’re looking for, whether from Web results or from a feature like the Knowledge Graph,” wrote Wiley. “The same advanced tools you’re used to are still there when you need them. Just click on ‘Search tools’ to filter or drill down on your results.”

The new look will first be available to Google users in the United States, but will be pushed out to users in other languages and regions in the future, wrote Wiley. “We hope you enjoy this design refresh—let us know what you think on our Google+ page.”

Actually, plenty of users have done just that.

Here’s a sampling of their opinions, from those who like or love the changes to others who think that Google should have left their beloved search page just the way it was.

Angel Magar was not so impressed. “This is useless,” wrote Magar, arguing that changes to the navigation bar make it tougher for millions of users who are not good with computers and IT. “Google should learn most of the users are novice, therefore stop altering things without its obvious benefit.”

Ian Tang wrote that he really likes the new design, “but are we ever going to get a truly updated Google Bar?”

Another user, Kody Scalz, commented that the new search page “Looks like the tablet UI.”

Another user, Jean-Loup Rebours-Smith, wrote that he hopes the new features will eventually get deeper integration into other Google+ services. “I’ll get excited when I see them do the same with Gmail and Calendar,” wrote Rebours-Smith.

Several users complained about how the new search page looks on their widescreen desktop displays.

“I’m so happy it’s nice for your tablets and cellphones, +Google,” wrote Sallie Alys Montuori. “I, however, like my widescreen laptop very much, and I WANT MY VERTICAL SPACE BACK!!!”

Ronald Kinard agreed. “We all use wide screens nowadays … why are you using up valuable vertical space for things less relevant than the search results?”

Exactly, wrote Dan Anderson. “Everyone has wide-screen monitors. Why is the screen blank from the center to the right? Seriously stretch out. Blank is annoying, not ‘clean’ or ‘uncluttered.'”

Another user, Ben Smith, wrote that he is unimpressed with the changes. “Sorry, doesn’t do anything for me, now there’s a big empty white space on the left of the search results but they’ve hidden the advanced search tools I use most often so I need to click 2 or three times to access them. Plus if I do click on the new search tools button, I end up with a total of four different bars above my search results.”

Angel M. was annoyed that Google was messing with a good thing. “Guys, that seems a little bit like Bing, and I don’t like that.”

Vokteu Fir was even more direct. “Stop it, Google! Stop fixing what’s not broken! There was nothing wrong with the sidebar. It even had more options. For example, you now only have 3 sizes for image searches. For specific sizes like ‘larger than X by Y’ I have to go into advanced search. And then I get the weird overlapping menu with all the sizes. And while search tools stayed visible once you expanded [them] on the old layout, they are now always menus, therefore always one click further away than they were. For people who do serious searches on daily bases, this is huge. Everything is wrong with this layout, from white space to more clicks and redundancy.”

Fir’s frustration continued. “What is with the companies these days always compromising good old tested ways in favor of oversimplified UI’s, quite possibly only comfortable on small mobile screens?” wrote Fir. “Do you think desktop machines don’t exist anymore? Are all our screens suddenly smaller than they were in 1995? C’mon!”

Tomasz Detyna concurred. “Sloppy redesign. I understand trying to deliver the same experience across all platforms, but not by forcing everyone to use the most watered-down tools.”

Another user, Al Lenin, wrote that the changes just don’t amount to improvements. “More than anything, I’m annoyed that Google is taking the lowest common denominator approach and forcing non-mobile users to use dumbed down versions of an otherwise amazing search engine.”