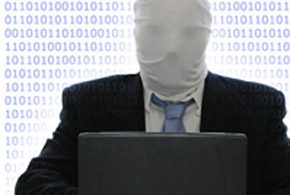 Google’s Gmail service is now functioning again in Iran one week after government officials blocked it after the company refused to remove a controversial anti-Islam video clip from its YouTube streaming video Website.

The restoration of Gmail service came starting late Sept. 30, according to an Oct. 1 report from Reuters.

“The council on Internet filtering communicated its order to the Telecommunications Ministry regarding the lifting of the ban on the Gmail service,” said Mohammad Reza Aghamiri, a member of the council, according to Reuters.

The one-week service blockage generated complaints from Iranian residents and even from members of Iran’s parliament, the story reported.

YouTube access has been blocked in Iran for a long time, and the Gmail blocking came after government officials were angered by Google’s refusal to remove the anti-Islam film clip from the service. The Iranian government uses Internet filters to keep residents from using many Websites while they are in the country. Many Iranians have found workarounds to such bans by using virtual private network (VPN) software that makes the computer appear as if it is based in another country, according to Reuters. That method, however, isn’t always without problems.

The controversial film clip that inspired the political ruckus was an advertising film trailer from the anti-Islam film, “Innocence of Muslims.”

The clip and the film on which it is based have generated anger and protests around the world.

In explaining its action to restore and unblock Gmail services, the Iranian government said the Gmail block was not supposed to have occurred in the first place. “We wanted to ban YouTube and then Gmail was cut off as well, and this was unintended,” he said, according to Reuters. “We absolutely do not want YouTube to be accessible. Therefore the telecommunications ministry is trying to find a way to solve this problem so that it can block YouTube in the HTTPS protocol while leaving Gmail accessible.”

The decision to filter Google and Gmail has coincided with government plans to launch the initial phases of a national Internet, a countrywide network aimed at substituting services run through the World Wide Web, according to a recent report from The Guardian of London.

Websites that express views that are considered anti-government in Iran are routinely blocked there, according to Reuters. “Iran has one of the biggest Internet filters of any country in the world, preventing normal Iranians from accessing countless sites on the official grounds they are offensive or criminal.”

Many Iranians, however, believe the block on sites such as Facebook and YouTube is due to their use in anti-government protests after the disputed re-election of President Mahmoud Ahamdinejad in 2009, Reuters reported.

In addition to discussions about the creation of a national Internet, the Iranian government has also kicked off a number of other initiatives aimed at strengthening its digital defenses, including a call to white-hat hackers to help the government catch criminals who operate online. The government has also reportedly required its agencies to create a “cyber-rescue squad” to help defend them against attacks.

The steps to bolster its power online follow attacks on Iran’s nuclear processing capabilities by the Stuxnet computer virus and widespread targeting of Iranian businesses and government agencies by other online espionage attacks, such as Duqu and Flame. All three attacks were carried out by the United States and Israel, according to reports.