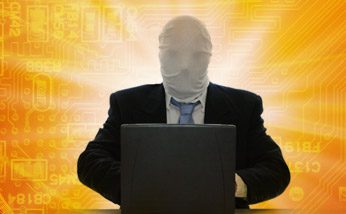 Microsoft is hoping that new research conducted by IDC will prove more effective than some industry efforts to get consumers and businesses to think twice before torrenting a software application. Pirated software is costing individuals and companies billions of dollars, thanks to malware-riddled code, according to the software giant.

IDC’s global study concluded that consumers will spend a hefty $22 billion and 1.5 billion hours in 2013 dealing with malware delivered by pirated software. Enterprises will part with a staggering $114 billion to get rid of malicious code. The research group places the odds of getting infected by malware that sneaks in via pirated software at one in three for consumers and three in 10 for businesses.

IDC surveyed 2,077 consumers and 258 IT professionals including chief information officers for the study. It also “analyzed 270 Websites and peer-to-peer networks, 108 software downloads, and 155 CDs or DVDs,” for its findings.

“Some of this malware records a person’s every keystroke—allowing cyber-criminals to steal a victim’s personal and financial information—or remotely switches on an infected computer’s microphone and video camera, giving cyber-criminals eyes and ears in boardrooms and living rooms,” Finn said in a company release.

The research suggests that software piracy is fueling, at least in part, a booming black market for illicit tools and stolen information.

“The market for credentials and other information stolen by cyber-thieves has been sized at $114 billion (2011), enough to create a multibillion-dollar market for tools to enable cyber-theft. A decent keylogger—malware that tracks keystrokes to gather passwords and account information—can cost as little as $25 on an auction market used by cyber-thieves,” said the report.

To avoid these dangers, Finn suggested taking a firm stance with PC sellers. “The best way to secure yourself and your property from these malware threats when you buy a computer is to demand genuine software,” he advised.

Chances are, however, that pirated software won’t arrive preinstalled. Users are seeking it out.

Of the counterfeit software that didn’t already reside on a computer, 45 percent was downloaded from peer-to-peer networks or Websites. Of that software, 78 percent was found to contain spyware and 36 percent carried adware and Trojans.

In an attempt to save money on software, some users are taking a big risk, according to John Gantz, IDC chief researcher.

“Our research is unequivocal: Inherent dangers lurk for consumers and businesses that take a chance on counterfeit software. Some people choose counterfeit to save money, but this ‘ride-along’ malware ends up putting a financial and emotional strain on both the enterprise and casual computer users alike,” Gantz said.