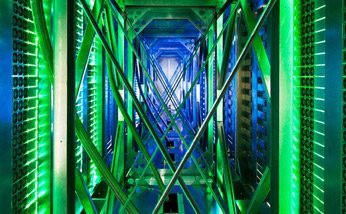 Hewlett-Packard and Oracle are beginning to outline the arguments they’ll be presenting next month when a jury trial starts in the second phase of their court dispute over Intel’s Itanium platform.

In a hearing earlier this month, HP officials indicated they planned to seek damages from Oracle of $4 billion or more, saying the software giant damaged its high-end server business when Oracle officials announced in 2011 that the company would no longer support the Itanium platform, saying that Intel was planning to end the chip line.

HP executives said Oracle’s decision was a cynical move to try to convince businesses to migrate from HP’s Itanium-based Integrity and NonStop systems to the SPARC/Solaris hardware that Oracle acquired when it bought Sun Microsystems in 2009. Oracle’s decision echoed similar moves by Microsoft and Red Hat to stop supporting Itanium.

However, during the same court hearing, an expert that Oracle will call during the trial said HP executives had not been truthful with customers or the rest of the industry about the future of Itanium, and that Oracle had lost about $95 million in profits that it would have made had HP been more honest.

The once-strong relationship between HP and Oracle—the two share about 140,000 customers, most of whom run Oracle’s enterprise software on HP’s Itanium-based servers—began to crumble when Oracle bought Sun, a move that brought the two sides into direct competition in the high-end server space. That dissolution was heightened when Oracle hired ex-HP CEO Mark Hurd as president in 2010, and was hurt further when Oracle announced its decision to end support of Itanium in its software, with executives saying that they had heard from Intel engineers that the chip maker was planning to end development of Itanium in favor of its popular x86-based Xeon server chips.

Both Intel and HP disputed that there were plans to end Itanium development. HP sued Oracle, arguing that the move violated an agreement reached during the settlement of a legal dispute over Oracle’s hiring of Hurd in which the two companies agreed to continue supporting technologies that were used by joint customers.

Oracle officials said there was no such binding agreement, and countersued HP, saying the tech giant misled them and customers by not telling them of Intel’s desire to end Itanium development. Oracle also pointed out that HP had paid Intel billions to keep the Itanium platform alive.

In August 2012, Judge James P. Kleinberg of the Santa Clara County (Calif.) Superior Court ruled in HP’s favor, saying there was a legal agreement and ordering Oracle to continue developing its software for Itanium. Oracle officials agreed to continue supporting Itanium, but said they would appeal the ruling.

However, HP officials have said their business already has been harmed by Oracle’s decision, with sales in their Business Critical Systems unit falling between 11 percent and 38 percent a quarter since the announcement. HP is by far the largest user of Itaniums, buying more than 90 percent of them.

An economist HP will call during the trial, Jonathan Orszag of consulting firm Compass Lexecon, said during the March 18 hearing that Oracle’s decision not only has damaged HP’s high-end server business, but would continue to do so through at least 2020, according to a report in InfoWorld, which was at the hearing.

“The Oracle conduct at question in this case had a very significant and negative effect on the HP Itanium business,” Orszag said during the hearing.

Oracle’s own expert witness—Ramsey Shehadeh of consultancy National Economic Research Associates—said that with its own SPARC server unit, Oracle could have won some deals had HP been more honest about Itanium’s future, pinning the lost profits at $94.5 million, according to InfoWorld.

While the two companies have feuded over Itanium, HP also is moving ahead with Project Odyssey, which will enable mission-critical workloads to run on both Itanium-based Integrity servers and Xeon-based ProLiant systems in the same enclosure.

Meanwhile, Intel introduced the Itanium 9500 Series “Poulson” chips in November 2012, and is working on its successor, “Kittson,” which will hit the market in two to three years. However, in February, Intel officials announced they were changing some of the goals for the chip, including that it will be built on the 32-nanometer process, rather than at 22nm. In addition, Kittson will not be socket-compatible with Intel’s Xeon server chips; instead, it will be socket-compatible with the existing Itanium 9300 “Tukwila” and 9500 Poulson processors.

Despite the changes, an Intel spokesman at the time said that no delays were expected in the roadmap for Kittson.

According to Intel, a key reason for the changes to Kittson’s characteristics is the declining demand in the Unix server market. According to Gartner analysts, third-quarter 2012 revenue in the RISC/Itanium Unix market fell 18.5 percent from the same period the year before. Within that market, HP has been losing share to IBM.