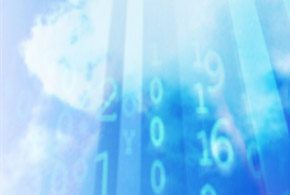 IBM officials are looking to accelerate the adoption of Linux in the data center and are taking a number of new steps to push along the effort.

At the Red Hat Summit in Boston, IBM officials said the company will support the Kernel-based Virtual Machine (KVM) virtualization hypervisor technology in the Power servers that run Linux. In addition, IBM in July will open two Power Systems Linux Centers in the United States, which will help software developers to more easily build applications that leverage Linux and IBM’s Power 7+ chip technology.

The new KVM support and the new Linux centers, announced June 11, are the latest steps by IBM officials to enhance the use of Linux on their Power systems. Big Blue’s efforts in this area date back more than 10 years, when officials started pushing their Linux-on-Power initiative.

IBM is increasing its support of KVM, which officials said offers an optimized virtualization technology for Linux workloads. Until now, the giant tech vendor has supported KVM on its x86-based System x servers. Now that support will expand to the Linux-only Power systems, giving organizations a greater choice when considering Linux-based servers to handle such new workloads as big data and cloud computing, as well as mobile and social computing.

IBM in February released several new servers and storage systems based on the company’s new Power 7+ processor technology. The systems are optimized for particular workloads, including big data and cloud computing. IBM officials have argued that their Power processors are better suited to such workloads than commodity x86 chips from Intel and Advanced Micro Devices, noting the Power processors’ embedded memory, parallel processing capabilities and virtualization technologies.

The systems are optimized for IBM’s analytics software.

The two new Power Systems Linux Centers—in New York City and Austin, Texas—are the first in the United States, and come one month after IBM opened the first such center in Beijing. The centers are designed to enable programmers who want to develop apps for big data, cloud computing, mobile environments and social business computing using Linux and Power 7+ chips.

The centers will include a range of resources and tools for users, including training workshops for developers to learn how to program, port and optimize their applications using Red Hat Enterprise Linux and Suse Linux Enterprise Server platforms on IBM’s Power systems.

In addition, users can take advantage of hands-on assistance from Linux and IBM systems experts, and can get access to IBM’s business consulting experts and resources from business partners to develop joint go-to-market efforts for Power system and Linux-based solutions.

IBM officials said they plan to establish other Power Systems Linux Centers in both emerging and established markets over the next several months.

They also stressed Big Blue’s efforts since 1999 in a range of open-source projects. Most recently, these include participation in the OpenStack (for cloud environments) and OpenDaylight (for software-defined networks) initiatives, as well as work with Apache, Eclipse and Linux.

IBM also has opened two KVM Centers of Excellence since November 2012, one in Beijing and the other in New York City.