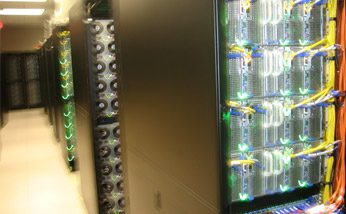 Supercomputers drove what were record revenues in the high-performance computing market in 2012, as businesses and countries around the world turn to these massive systems in hopes of gaining a computing and economic edge, according to IDC analysts.

Revenues in the high-performance computing (HPC) server space jumped 7.7 percent last year to $11.1 billion surpassing the $10.3 billion in revenues generated in 2011, according to numbers released by IDC March 21. This came despite a 6.8 percent drop in shipments, an indication of the growing average selling prices in the space, the analysts said.

Much of that can be attributed to demand in the supercomputer space, which entails computers that sell for $500,000 or more. According to IDC’s numbers, supercomputer revenues spiked 29.3 percent in 2012, to $5.6 billion. In total, the supercomputer segment accounted for 50.9 percent of all revenues for 2012, with demand for very large systems growing.

Fujitsu, Cray, Hewlett-Packard and IBM all saw sales for large supercomputers; IDC pointed to the K system made by Fujitsu and installed at the RIKEN Advanced Institute for Computational Science in Kobe, Japan, that accounted for more than $500 million of total supercomputer revenues. The system—powered by 705,024 SPARC64 processing cores from Fujitsu—was the first to break the 10-petaflops barrier and was the fastest supercomputer in the world until June 2012, when it was displaced by a system called Sequoia and created by IBM.

That system was displaced in the number-one slot six months later by Cray’s Titan, a massive XK7 supercomputer powered by Opteron processors from Advanced Micro Devices and GPU accelerators from Nvidia. It’s housed at the Oak Ridge National Laboratory in Tennessee.

“HPC technical servers, especially supercomputers, have been closely linked not only to scientific advances but also to industrial innovation and economic competitiveness,” Earl Joseph, program vice president for technical computing at IDC, said in a statement. “For this reason, nations and regions across the world are increasing their investments in supercomputing, even in today’s challenging economic conditions.”

However, while 2012 was a very good year for the supercomputer segment, revenues in the space probably won’t continue to grow at an almost-30 percent pace, Steve Conway, research vice president for technical computing at IDC, said in a statement.

As demand for supercomputers grows, so do vendors’ interest in development of new technologies for them, as illustrated in everything from IBM’s Watson supercomputer to Intel’s new Xeon Phi coprocessors, the company is offering as alternatives to GPU accelerators from AMD and Nvidia used by organizations to ramp up the performance of their systems.

While revenues in the supercomputer segment grew quickly, the same couldn’t be said about other areas of the HPC field. In the Divisional segment—systems with prices between $250,000 and $499,000—revenue fell 2.2 percent in 2012 when compared with 2011, hitting $1.2 billion. It accounted for 10.9 percent of all HPC server revenues last year.

The Departmental segment—$100,000 to $250,000—fell from $3.5 billion in 2011 to $3 billion in 2012, and accounted for 27 percent of HPC server revenue. In the Workgroup segment—below $100,000—revenue rose 1.2 percent to $1.24 billion. According to IDC analysts, this segment was most impacted by the worldwide economic recession, with organizations delaying or cancelling acquisitions.

Sales of systems priced below $100,000 tend to be bought on short sales cycles and through discretionary spending. In addition, workgroups in some organizations will pool their HPC budgets to buy larger HPC systems. However, the analyst said they expect sales in the segment to continue to grow.

Overall, IBM was the top vendor, with a 32 percent share of HPC server revenues. HP had a 30.8 percent share, followed by Dell, with 13.5 percent. According to IDC, Fujitsu saw revenues grow 470.5 percent in 2012, thanks to the acceptance of the K system in Japan. Cray also saw its revenues jump 127.3 percent, and in the fourth quarter, Cray began to see positive revenue impacts from its acquisition last year of Appro.

IDC analysts are forecasting that the overall HPC market will grow 7.3 percent annually between 2011 and 2016, reaching more than $14 billion by 2015.