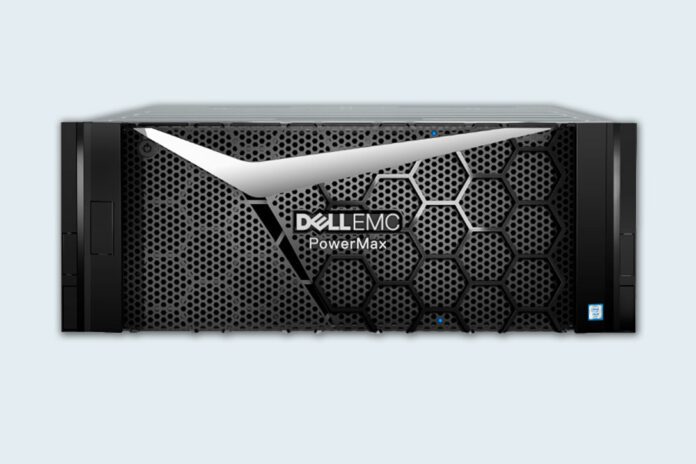 LAS VEGAS—When Dell bought storage giant EMC in 2016, the acquisition created a technology giant with multiple businesses that stretched from the PC to the data center and into the cloud, encompassing servers, storage, networking and virtualization as well as management and security products.

CEO Michael Dell and other executives saw an opportunity to leverage the vast resources of the combined company to address the multiple changes roiling the IT world, from an increasingly distributed environment pushing out to the network edge and the corporate adoption of cloud computing.

The spread of software-defined everything and the rise of modern workloads presented by emerging technologies such as artificial intelligence, machine learning, virtual reality and data analytics were all inviting business opportunities for Dell EMC.

But the Dell-EMC merger was diametrically opposed to the decision of rival Hewlett Packard Enterprise to split itself in two and shed other businesses to try to create a more nimble and agile company.

The results of the merger were on display here May 1, as the company rolled out a broad range of new offerings that spanned compute, storage and networking, addressed artificial intelligence (AI), NVM-Express and other modern technologies. These new products came about from R&D and innovation primarily from Dell EMC for servers and storage and VMware for networking and virtualization.

All of the products hit on the themes that have been prevalent at the show, including the need to quickly manage and analyze massive amounts of data to discover new opportunities and drive better business decisions in a fast-changing world.

Businesses need to “make the best use of the data that we have and the more [data] that’s to come,” Jeff Clarke, vice chairman of product and operations at Dell Technologies, said during his May 1 keynote address to more than 14,000 customers and partners.

From Dell EMC came new servers and storage systems that are designed to address new AI and machine learning workloads and that support the NVMe protocol with the goal of delivering high levels of automation and performance.

Highlighting the new systems were the PowerMax enterprise storage system (pictured) and the four-socket PowerEdge R840 and R940xa, both optimized for AI- and machine learning workloads. The PowerMax is the company’s next-generation all-flash storage array that is the successor to Dell EMC’s vMAX storage system. PowerMax delivers up to 10 million IOPS and 50 percent better response times, which he said is twice as fast as competitive systems, according to Clarke,

It also delivers support for the NVMe protocol, which is designed to accelerate the performance of flash and other non-volatile memory. Dell EMC has been building NVMe capabilities into its servers for two years, and now is bringing the technology to its storage portfolio.

PowerMax also is ready for NVMe-over-Fabric—which stretches NVMe throughout an organization’s storage, networking and compute environments—as well as storage-class memory (SCM), a hybrid memory and storage tier that promises to deliver lower latency and improved persistence.

The PowerMax operating system also includes a built-in machine learning engine, which provides pattern recognition and predictive analytics to enhance the system’s performance without the need for greater management overhead. Such built-in capabilities are important to enabling NVMe-over-Fabric and SCM, Clarke said. The system includes in-line deduplication and enhanced compression that delivers up to 5:1 data reduction.

Among the other storage-related announcements were the XtremIO X2 all-flash midrange system that can bring the storage system into smaller businesses than its larger brethren. The new XIOS 6.1 OS includes replication capabilities that can reduce bandwidth requirements by 75 percent by sending only unique data to a remote site.

The PowerEdge 840 and 940xa servers are designed to handle not only traditional workloads, such as databases, but also those based on AI, machine learning and other emerging technologies. Both are powered by Intel’s “Skylake” Xeon Scalable Processors.

The 840 is aimed at in-database analytics workloads and supports up to 24 direct-attached NVMe drives. The 940ax is designed to accelerate databases to more quickly gain insights though data analytics. Essential to the system is a 1:1 ratio between CPUs and GPU accelerators—combining up to four CPUs with four GPUs—as well as field-programmable gate arrays (FPGAs) from Intel. In all, with the combination of CPUs and GPUs, the system can offer more than 20,000 processing cores, Clarke said.

On the networking side, VMware officials unveiled what officials called the NSX portfolio of virtual networking products. VMware’s $1.26 billion acquisition of Nicira in 2012 brought with it the technology that would become NSX, VMware’s entrance into the growing software-defined networking (SDN) space against such established networking vendors as Cisco Systems and Juniper Networks.

NSX initially was a product designed for virtual networking in the data center. But over the years, with the rise of the cloud and distributed computing environments, VMware has expanded NSX to the cloud with NSX Cloud and to the branch and edge through its acquisition last year of software-defined WAN (SD-WAN) vendor VeloCloud.

“Now, VMware NSX is much broader than a single product,” Rajiv Ramaswami, chief operating officer for products and cloud services at VMware, said during a briefing with journalists. “It refers to the entire portfolio of products and solutions.”

With VeloCloud in the fold, VMware introduced NSX SD-WAN by VeloCloud to push virtualization to the network edge. At the same time, the company is extending VeloCloud into the data center to enable organizations to segment traffic from the branch and into the data center, according to Sanjay Uppal, VeloCloud co-founder and former CEO who is now vice president and general manager of VMware’s VeloCloud business unit.

With NSX Cloud, VMware is bringing the capabilities it already offers in Amazon Web Services to the Microsoft Azure cloud. NSX Hybrid Cloud enables organizations to build a software fabric that enables them to more easily migrate workloads from any VMware environment to other on-premises situations, the public cloud or a VMware Cloud provider partner.

The portfolio is aimed at supporting VMware’s new Virtual Cloud Network vision for building a fabric for security connecting data and applications across the network in highly distributed environments.